Home Gambling 3 Most Popular Forms of Online Gambling in 2021

Gambling, in one form or another, was part of humanity’s history for ages. Betting on sports – and their predecessors, like gladiator fights and chariot races – was all the rage for millennia, and various games involving cards, dice, and other accessories were also played since the dawn of history. Thus, it shouldn’t be a surprise that gambling has remained a popular pastime to this day – but it has changed fundamentally. For one, it is now strictly regulated in most parts of the world. Then, there’s the fact that most of the gambling that’s done today happens on the internet. People play online bingo and poker, online keno and blackjack, and video slot machines at websites such as spincasino.com/ca.

Today, online gambling is a multi-billion dollar business present in pretty much every corner of the globe. There are millions of online gamblers – let’s see what form of gambling they prefer.

The first online casino was launched in 1994. Just a couple of years later, there were already 200 of them. As time passed, more and more online casinos emerged – today, there are thousands of them. Some of them are local businesses available only in certain countries, others are run by massive international groups and cover several markets around the world.

There is no way to tell exactly how many online casino players there are because most of them maintain several accounts – but judging by the size of the market, we could bet that there are millions upon millions.

New online casinos appear almost every day, showing that there is a need for this form of entertainment. Game developers continue churning out new games at a pace never seen before. Launching an online casino today is easier than ever thanks to the many content aggregators offering turnkey solutions that gather the game libraries of game developers big and small. Some of the most popular such providers are Microgaming, EveryMatrix, and Oryx Hub, among others.

Sports betting is not exactly a form of gambling – it simply isn’t random enough for it to fit the definition. In most cases, it’s pretty easy to predict the outright winner of a soccer match or a boxing bout – you simply take a look at the record of one side and the other, and weigh the odds.

Sports are the most popular form of entertainment – and betting on them is perhaps the most popular form of gambling (if we can name it that). Besides, betting on sports is perhaps the most accepted form of gambling today – even in the US, one of the most anti-gambling nations in the world – so it is practised, even if occasionally, by a much larger number of people than most other forms.

How many, you might ask? Well, according to a recent Nielsen study, 46% of American adults (that’s about 106 million people) are interested in betting on sports, even if just occasionally. The percentage is likely similar in most other parts of the world – except for some countries where it’s more prevalent than any other form of gambling. One of these examples is Nigeria, where a nationwide poll conducted by the country’s state lottery revealed that almost 80% of the population of legal age engages in one form of betting or another.

Surprising as it may sound, Britain – the birthplace of some of the biggest sports betting platforms in the world – has a relatively low number of bettors. According to Statista, the percentage of Brits who have partaken in betting was around 7% in 2019, decreasing to almost 6% in 2020 – probably because of the lack of sports to bet on.

Surprising as it may sound, it’s not poker, not casinos, not betting that’s the most popular form of gambling in the world – it’s lotteries. Almost every country in the world has a national lottery, and people buy up their tickets like crazy. In the UK, around 70% of the population of legal age buys the tickets of the National Lottery on a regular basis. In the US, the $80 million Powerball jackpot in April triggered a nationwide lottery craze involving around 4,000 tickets sold every minute!

Lotteries are among the most ancient forms of organized gambling. Legend has it, the construction of the Great Wall of China was, at least in part, funded through a state-run lottery. There might be some truth in this legend, considering that the Great Wall was finished between 220 and 206 BC by Qin Shi Huang, and the ancestor of keno – a game similar to a traditional 5/49 lottery, was first mentioned around the same time. But much of its history is lost to us, as Chinese gambling was only documented in the late 1800s.

Many lotteries have moved online in recent years, bringing the tickets they sell right to their users’ fingertips. This makes them much more accessible in our digital-first world – and much safer than going to a sometimes crowded lottery office to buy a ticket in person. And crowded they can be, considering some of the amazing prizes some lotteries tend to offer.

We already mentioned the $80 million Powerball jackpot above – and this is one of the smaller prizes one can win. The biggest ever jackpot the same Powerball paid out in history was $1.586 billion, won by three lucky players in three different states (what are the odds?) in January 2016, while the largest individual win for a single ticket was worth $1.537 billion (around $877 million after taxes) paid to a very lucky Mega Millions player in October 2018. Other notable lotteries include Euromillions, which paid out a 210 million euro jackpot (tax-free!) in February 2021, and El Gordo, officially known as the Spanish Christmas Lottery (Sorteo Extraordinario de Navidad) that routinely offers first prizes of hundreds of millions of euros, often divided between dozens, sometimes thousands of people – and the winners often live in the same city or even work at the same company.

While online lottery ticket sales are yet to overtake the old-fashioned way, their prevalence is growing, making it one step closer each day to becoming the most popular form of online gambling today. 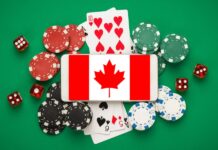 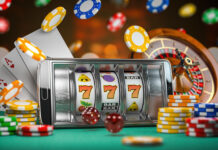 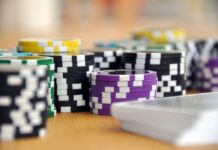