Home Entertainment Celebrity The Trial of the Chicago 7: What’s the Real Story? Is it... 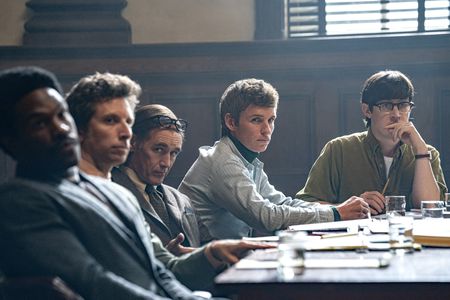 The story begins with 7 people on trial stemming from various charges surrounding the uprising at the 1968 Democratic National Convention in Chicago, Illinois. The real story inspired the movie, which took place over 50 years ago from now. Many of the subjects and occurrence mirror current events. Like in the year 2020, there is more than one reason for the political disturbance and protest in 1968. It is the story of a total of 8 and not 7 protesters and organizers charged for inciting a riot.

What is the true story after The Trial Of The Chicago 7?

The real story starts with an anti-Vietnam War exhibition outside of the 1968 Democratic Convention. President assassinated both Robert F. Kennedy and Martin Kuther King Jr. in 1968. The death sparked nationwide protests, which later turned into riots.

What was the view n the Courtroom?

When we read about the defendants and the way the court treated them during the trial in 1986, it is clear that a widespread scorn for hippies. The counter culture played a significant factor in increasing the trail and turning it into an event.

So, Who were the Seven?