Digital money is the thing of the future, something that will shape how we deal with money and how we make transactions. Even now, when it is still not globally spread, the usage of cryptocurrency is vast, but some still have certain doubts about the whole digital currency system. Nonetheless, if we can be certain of one thing about the crypto market, it’s that it is volatile, and one cannot be 100% sure about what will happen next, but that is nothing unexpected when it comes to any market, stock or crypto. That is why renowned and trustworthy crypto exchange platforms like Godex are of great importance, as they grant swift transactions and a vast number of cryptocurrencies that you can exchange, along with step-by-step guidance.

Everyone involved or if slightly interested in cryptos is aware that, at the beginning of the year, the value of many digital currencies and especially Bitcoin, skyrocketed, and that’s because of many factors. But what troubles people the most is the value drop that happened next and is still currently going on. If you have been tracking the situation on the crypto market, you should know that it is both a thing to be celebrated and a thing to despair with. Shortly after reaching $1 trillion in total market capitalization, the entire market shifted towards a downward trend. Mass sell-offs saw billions of dollars wiped overnight. Some of the worst hits have been seen by privacy coins.

Privacy coins are cryptocurrencies that celebrate individuals’ right to exclusive privacy and hide their identities while using them online. The whole idea of these coins is that they are designed to mask any individual who is transacting online and keep the whole transaction process secret. That means that seller A can buy from Seller B without knowing the identity of the other or anything else about them. That might be useful in many situations when it is necessary for the trader to remain anonymous and finish the transaction without other people know about it. Historically, privacy coins were used primarily by criminals because it is hard to track their transactions, and anonymity is, in the end, the crucial part of any illegal job. Because of that, some privacy coins were used for the majority of transactions in black markets, and many criminals were using them. But that is not what these coins are primarily designed for, as the whole idea was to get the power back from third parties, banks.

This userbase has changed a little, and the reputation of privacy coins has improved (although it would be completely naïve to think there is not a large criminal contingent using these coins). But they still face challenges other tokens don’t, since many people are convinced that these cryptocurrencies are made especially for criminal jobs. For a start, the Japanese regulator in a move to stamp out privacy coins and illegal trade bought in tough regulations. Because of that, many people are still skeptical about using privacy coins and consider them illegal.

Currently, only Enjin enjoys a legal status in Japan after passing stringent checks. Other coins will follow, but it is highly unlikely that privacy coins will ever be legalized because of their nature to be anonymous and a bad reputation that they are not something that honest men will use. Other governments around the world have also banned privacy coins. Specifically, the reason is that you cannot tax someone you can’t identify, and we all know how governments love taxes, just like Benjamin Frankly said, “In this world, nothing can be said to be certain, except death and taxes.”

Before you start rushing to a Monero to Bitcoin exchange, in general, you should know that privacy coins are not really bad. Taxation is not a popular subject for most, and many are unconcerned about helping governments enforce taxation and sometimes trying to avoid it. Many also turn a blind eye to criminal enterprises, but in truth, this is where privacy coins are at risk of being blacklisted for good.

Petty crime is largely non-concerning to most, and many people avoid thinking about that because it makes things much easier for them. Still, privacy coins are used to facilitate trade in child pornography, human trafficking, and the sale of black-market goods such as ivory and animal fur. These topics are still taboo to many people, and dealing with them is not an easy task. There is a very unsavory side to criminality that most people would prefer relaxing their privacy rights to prevent criminals from exploiting the coins.

In this regard, more could be done to assist law enforcement in preventing children from being bought and sold illegally for cryptocurrency, but that is not easy, and many organizations need to be involved in that, not only individuals.

As the title suggests, the three coins mentioned had reached a high value before the drop, and it is possible that it was their boiling points. Now they have been hit the hardest of all cryptocurrencies, with over 10% of their value being wiped in a few hours, and that is something bad for all traders.

That is not the first time cryptocurrencies have reached such highs or such heavy overnight losses, and sure, it won’t be the last price drop, which is both a good and bad thing. The real issue is that privacy coins’ developers will need to find an answer to the question of ‘how we can ensure legitimate trading and still mask user’s identities?’. That is something that many traders need to know, and it might be the hardest thing to achieve, but once the developers succeed, it will be much easier for both them and the traders. The traders will not think about these currencies as illegal, and the developers will have more success on the market.

For now, we assume that it’s impossible, but the time will show. So, it raises another question of ‘how long do privacy currencies can maintain their status as a mainstream cryptocurrency before they attract too much public attention?’. Probably, these currencies will need to have protocols in place to help regulate them, or they will need to go underground since there are no other solutions.

A cryptocurrency is a good option for advocating privacy and for any other situation when being anonymous is crucial. Still, eventually, either privacy or legitimacy will have to be picked over the other, and it is not easy to choose what is more important. Hopefully, these coins will keep on maintaining some privacy while adhering to financial regulations and laws, and people will use them without any fear that they are doing something illegal. 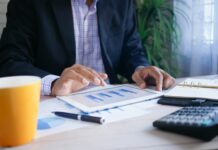 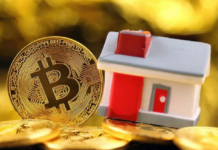