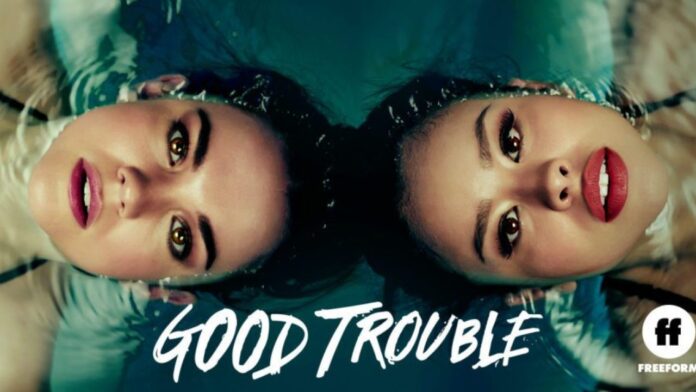 Good trouble is an American series revolving around the life of few young adults, including their day to day problems. This television drama is adapted from The Fosters on the Freeform Channel.

The lead actors of this series are Maia Mitchell and Cierra Ramirez.

Everybody is waiting eagerly for the release of the next season of Good Trouble. But it is going to be released on January 15, 2022.

Yes, it’s true. The creators of the show have confirmed officially that the 3rd season of Good Trouble is releasing on 15th January on Freeform.

Cast Of The Third Season:

The third season is going to be joined by these actors in the following roles.

Malika Williams, a bartender, is played by Zuri Adele.

Sherry Cola is playing Alice Kwan, who is the manager of coterie apartments.

Tommy Martinez is playing Gael Martinez, who is a graphic designer.

Ken Kirby as Benjamin and Molly McCook as Rebecca who is clerks for Judge Curtis;

Beau Mirchoff as Jamie Hunter who is a lawyer;

Dustin Ingram is playing Alex Wood, who is Mariana’s colleague at Speckulate;

The plot of Good Trouble Season 3:

The creators of the show haven’t confirmed what the storyline for this season is, but they ensured this season is going to be an adventurous ride for the friends.

The third season of Good Trouble is going to be about the work-life balance of Callie and Mariana.

This season is also showing the raw truth of adulthood, where all the friends are going to experience significant ups and downs of their life.