The 100 Season 7: Release Date, Cast, Everything You Need To Know

The 100 is an American science fiction drama television series. It’s an official series of the CW. The 100 has released six seasons till the date. It’s the first season. It was released on CW on March 19, 2014.

Jason Rothenberg had announced on his twitter handler that season 7 of 100 would be the last. And add that we are expecting that this season is going to clear all our unanswered questions.

By reading the tweets many people have asked and replied to Jason Rothenberg’s twitter handler that when would the season 7 is going to release? What is the cast for season 7? If you have some questions like that, then you are the right place. Here you will get all the answers about The 100 Season 7.

When will season 7 is going to release?

Unfortunately, the release date of season 7 is not announced yet. But we can predict that they can release the season 7 by ending of 2020 though they had started filming of this season in August, 2019.

The cast of 100 season 7 will be the same star cast and crew members as before. 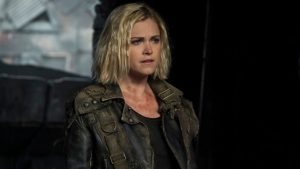 Some Gossips About The 100

It is tough to comment on the exact storyline of the seventh season. But it will be a continuation of the sixth season. The main focus in this season would be an anomaly, and we surely are expecting the show to follow the pattern of twist. We all know that this series is based on the novel by Kass Morgan of the same name, but as it has to be delivered from the original content, it’s nearly impossible for us to predict the contents of the next season.

In a recent interview, Rothenberg, the showrunner, has said that he got a fantastic endpoint
in his mind already, and that endpoint has been reached. For this endpoint, we have to watch this final seventh season of The 100. He also added that the end of his series has set up new adventures that have fascinated everyone, including the cast itself.

Even though there is no certain news, rumors say that two new names have surfaced for this season. On the other side, Rothenberg has assured that the trailer of his season will be released very soon.