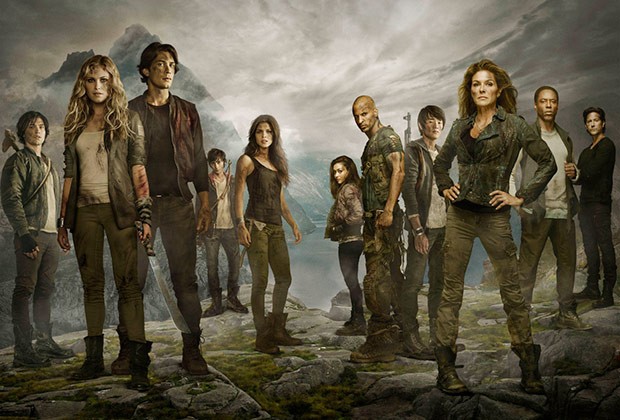 The 100, which is a Post-apocalyptic sci-fi, is wrapping up soon with a dramatic end. The story was about a group of criminals who survive the nuclear destruction of planet Earth.

The TV show is an adaptation of young adult novels by author Kass Morgan. As we all are aware that the TV show The 100 is coming to an end with its seventh season. But surely this is not the end says the insider informers.

With #The100 Season 6 finale just days away, I have some bittersweet news to share: Season 7 will be our last. We are eternally grateful to WB & CW for always allowing us to tell our story the way we want to & to wrap the show on our terms. What an incredible ride this has been!

The 100‘s seventh and final season is now streaming in the US since May 20. As we all know that season 7 is the beginning of the end, but it also is a new beginning. Because after the finale season of The 100, a prequel is going to come to entertain us once again.

Jason Rothenberg, the creator of this post-apocalyptic drama series, is once again teaming up with The CW. Once this collaboration will bring us with a new series, which will be a prequel to the current ongoing show.

The spin-off prequel’s story will be set 97 years ahead of the events of The 100. It will chart the end of the nuclear apocalypse and the end of the world. This apocalypse will wipe out almost all of the human population.

Producer’s point of view on the prequel of The 100:

Jason Rothenberg, the producer of The 100, said in an interview: “There’s a big story that is unfolding as the season goes along, and then we get to the prequel.”

“And that story does, I would say, explain and dramatize in a great way how we got here. It is pivotal, for sure, and wonderful. Performances in that are great; I mean, I just can’t say enough about this cast.”

Initially, Jason was in no plan of going for another prequel. While the finale of The 100 season  6 was going on, all Jason planned was for a finale 7th season. Jason even posted through twitter about his idea of ending the series with the 7th and final season. He shared this tweet at the end of season 6.

His tweet stated: “With The 100 season 6 finale just days away, I have some bittersweet news to share: season 7 will be our last.

“We are eternally grateful to WB & [The] CW for always allowing us to tell our story the way we want to & to wrap the show on our terms. What an incredible ride this has been!”

Previously, Rothenberg said he only wanted season 7 to be the finale. He stated: “We’ve been asking for this to be the last season for a while because we feel like it’s time to get out while the getting’s good.”

Since season 7 is currently going air,  I suggest you watch it and wait till any official announcements are made. From my point of view, season 7 might end in some mystery that will give rise to a new prequel spin-off for The 100. Till then, stay tuned!