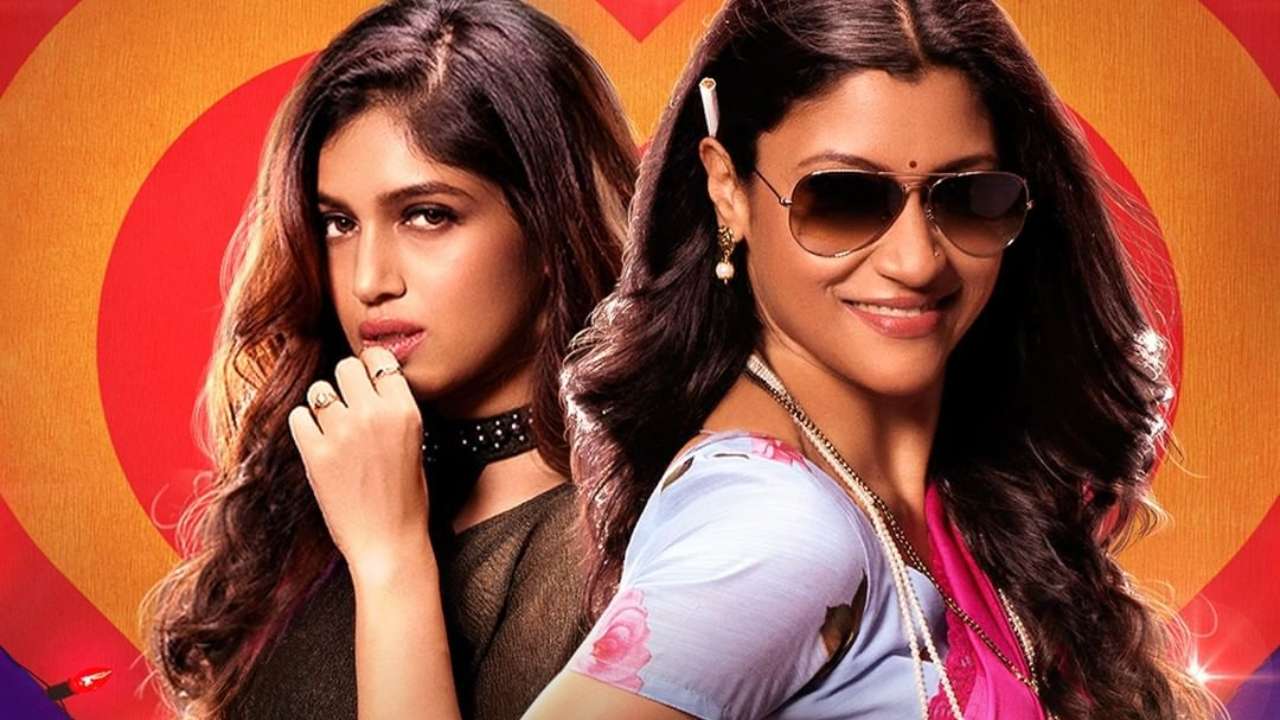 Female desire is one of those bothersome issues that mainstream Hindi cinema has always had difficulty touching upon when touch per se is so hard to show on screen without all kinds of self-righteous moralistic stakeholders making a noise, anything that involves grown men and women and the thing between them becomes a toughie.

Dolly and her husband Amit oppress out their middle-class existence in a nightmarishly ugly flat in Noida. They are working hard towards paying for a luxury flat — hopefully they would get better decorators! The younger of Dolly and Amit’s two sons, Pappu, likes dolls rather than trains, which adds to his parents’ horror.

Kajal comes to town from the village looking for work. After walking out of a dead-end job at a shoe factory, Kajal seems to find herself as Kitty, the voice on a dating app. While the trials the two women face is quite predictable, the acting and sense of place (right down to the rating stars for the food delivery executive) makes for engaging viewing.

Konkona Sen Sharma as Dolly and Bhumi Pednekar as Kitty/Kajal excel as do Aamir Bashir as Dolly’s feckless husband; Amol Parashar as the charming delivery executive Osman Ansari, who is co-opted into fixing the air-conditioner, giving Dolly a lift, and other sundry chores; Vikrant Massey as Pradeep, one of Kitty’s ‘clients’ she has the misfortune of falling in love with; and Kubra Sait as Shazia, the mandatory ‘bold’ girl who shows Kitty how to navigate life in the big city.

Written and directed by Alankrita Shrivastava (Lipstick Under My Burkha) Dolly Kitty Aur Woh Chamakte Sitare is an interesting slice of life. The tagged lack of social media is surprising. The guest appearance of Delhi’s charming doll’s museum reminds one of a simpler time when Sundays meant a pilgrimage to the said museum followed by a visit to the zoo for a wink from the lazy crocodile.

Dolly Kitty Aur Woh Chamakte Sitare is currently streaming on Netflix, with an IMDb rating of  5.6/10. It is surely a one-time watch movie.