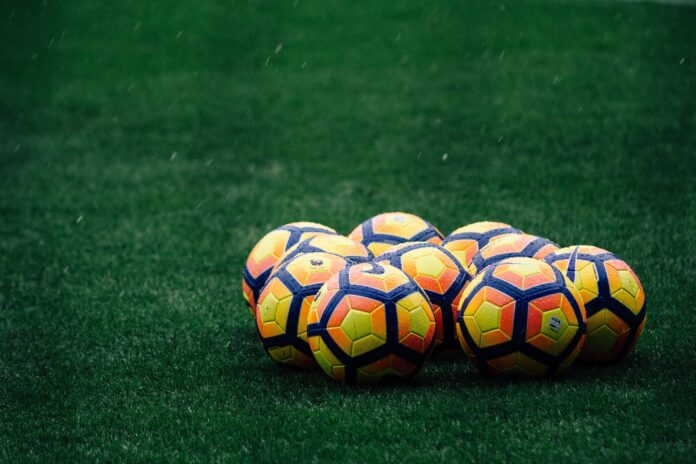 The English Premier League (EPL) has become one of the world’s most popular and competitive sports leagues over the past few decades. Millions of people around the world tune in each week to watch the thrilling matches and follow the fates of their favourite teams. But some teams have conducted themselves better than others over the years. Here, we take a look at the three most successful teams in EPL history.

Manchester City are currently the best team in the English top flight. They have won the Premier League (or the old Division One) on eight separate occasions, including four in the last five years.

Under the stewardship of iconic Spanish manager Pep Guardiola, the Blues currently look unbeatable. The Etihad Stadium outfit are the favourites for the title once again this season, despite sitting in second place at the halfway stage, some five points behind league leaders Arsenal.

The Blues have had an incredible run of success in the last decade. One of the most amazing facts about Manchester City is that they were languishing in the third tier of English football just two decades ago. But since Sheikh Mansour of the United Arab Emirates purchased the club in 2008, they have gone from strength to strength.

Hot on their heels are Liverpool, who have won the second most top-flight titles with 19. Despite having gone through periods of struggle in the league, Liverpool have continued to be a powerhouse in EPL. They were the dominant force in the 1980s, winning six titles throughout that decade. But since the Premier League’s inception in 1992, they have won the title just once. That came in the 2019/20 season and ended a period of thirty years without glory.

Since German manager Jurgen Klopp took over at the club back in October 2015, he has returned Liverpool to their former glories. During his seven years in charge, Klopp has won every trophy available to him, including the Champions League, Premier League, FA Cup, League Cup and Club World Cup, as well as European and domestic Super Cups.

The most successful club in the history of English football is none other than Manchester United. They have won the Premier League a staggering 13 times in addition to seven Division One crowns. United’s 13 titles came during a 20-year period between 1993 and 2013. However, since Sir Alex Ferguson’s retirement at the culmination of that victorious campaign, their star has waned somewhat.

Another impressive statistic is that United have also finished in the top four of the Premier League a remarkable 18 times, ensuring consistent success throughout their history. But last season they could only manage a sixth-place finish, consigning them to a spot in the Europa League this term.

There can be no denying that unfortunately, the Red Devils are on the decline at the moment, but the ship will be turned back around in the coming years, just as Klopp did with Liverpool.

There are some fans of teams that may consider themselves harshly missing from our list, especially when they see that the out-of-sorts Manchester United have been selected in third place. And that’s understandable, so here are some honourable mentions.

Chelsea are without a doubt one of the biggest and best teams in the history of English football. They have lifted the UEFA Champions League twice in the last decade, with their most recent success coming in the summer of 2023. This year, despite being huge underdogs, they defeated Manchester City in Porto thanks to Kai Havertz’s first-half winner. The Stamford Bridge club have won the top flight five times since the turn of the millennium.

Another massive club in the country is Arsenal. The Gunners have lost their way somewhat in recent years, with their last Premier League success coming back in 2004. This season, however, they are turning to their very best. Under Mikel Arteta, the North London club currently sits at the top of the Premier League at the halfway point, five points clear of favourites Manchester City. They will have a job on their hands remaining there until the season concludes in May, but you can never write Arsenal off.

Manchester United vs Liverpool is arguably the biggest rivalry in English football. The two teams are household names that evoke emotion and excitement like no other in the world of the Premier League. It’s a rivalry that has been going strong since the very first meeting between the two sides in 1894.

It is often said that when the two clubs face off it can be like a “war of will”. It is no surprise then that the entire cities of Manchester and Liverpool are among the most passionate in the world.

This is a rivalry that will often have fans chomping at the bit and trading words for days. It is a rivalry between two of the most decorated and successful clubs in the English game. The rivalry between the two transcends even beyond the game itself, with many supporters eager to outdo each other in terms whenever their clubs meet.

It is not just on the field that matters. Fans are keen to outdo each other off the field with chants and banners at the stadiums. As such, when the two clubs meet in the Premier League, it is often a highly energetic and highly charged encounter and one that both supporters and players take quite seriously. The bragging rights may be up for grabs, but ultimately it is the three points that matter most; this makes any match between the two sides hotly contested and an unforgettable experience for the fans.

Liverpool enjoyed the bragging rights last season when they thumped their biggest rivals 5-0 away from home. Manchester United restored some pride this term, however, picking up a 2-1 win courtesy of goals from young English duo Jadon Sancho and Marcus Rashford.