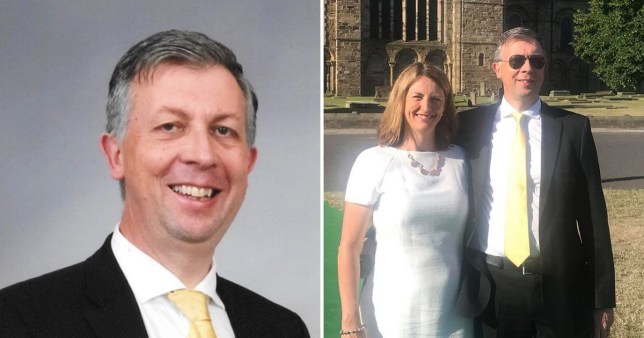 A successful businessman committed suicide as he was not able to spend quality time with his wife and children.

The reason behind this was his hectic work schedule.

The man named Graham Wild aged 55, ran an IT consultancy firm from his home in Cheshire.

Moreover, he was also the director of another technology firm.

Because of such responsibilities, he had to visit London very often for business meetings and other work.

The company boss was always very busy, and he had many high profile clients, including civil services.

Graham was worried as he was not able to spend time with his family and began to bottle up feelings of low moods and anxiety.

He agreed to open up to his wife about his wife Suzanne, aged 54, about his deteriorating mental health on 5th July this year.

However, Mr. Wild suddenly failed to answer his phone.

After a few hours on the same day, Suzanne found his husband in the garage of their £600,000 home in Poynton, Cheshire.

Mr. Wild completed his degree in computer science; then, he had gone into the IT industry, working as a computer programmer at Hewlett-Packard for 25 years.

After that, he set up his own consultancy business named ‘Premitech Consulting.’

For the last ten years, he and his wife were handling the business.

During the Macclesfield hearing, Mrs. Wild said, ‘He was successful and doing well, but lately he had shown low mood and worried more.

‘The family went on holiday to Canada, and all had a good time but still noticed he was a bit reserved and anxious.

‘This anxiety was in relation to his hectic work routine, and it kept him away from his family, and he would go to London quite often.’

When Mrs. Wild was not able to spot his husband anywhere in the house on the morning of 5th July, she assumed he had left the house.

So she tried to call him. But as Mr. Wild was answering her calls, she decided to track the location of Graham’s phone.

In her statement, she said, ‘I could see it was nearby and I went outside and walked, and I could see Graham’s car.

‘I noticed it was locked and a rucksack was inside and he wasn’t in it. I assumed the phone was in the rucksack, but I was becoming concerned as to where was he.’

Mrs. Wild then opened up the email she had received earlier.

The email said, ‘When you get home, can you check if I have left my reading glasses in the garage.’

So she went to the garage, and upon reaching there, she found Graham, with a written letter next to him explaining his intentions to take his own life.

Recording a conclusion of suicide, coroner Jean Harkin, said, ‘It is clear that Graham was anxious about some work matters but not to the extent where he was registered at the GP surgery for being sad and receiving treatment.

‘Whatever he was anxious about, he was keeping to himself.’