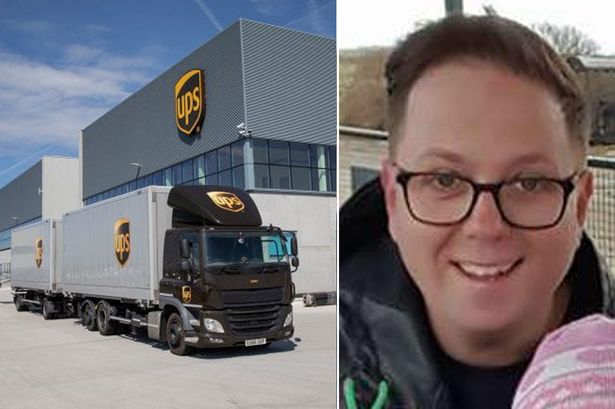 A UPS driver collapsed drastically and died because of the grueling 12-hour shift for the logistics firm.

The man named Paul Crush, aged 42, on Wednesday, had a suspected heart attack at the company’s depot in Stanford-le-Hope in Essex after delivering up to 240 parcels a day.

Paul is survived by his wife and his two children.

At UPS, a worker takes around 100 packages a day and it’s quite common but as due to the Christmas push he had reportedly been posting more than 200 for the past six weeks.

Paul Crush, who is a father of two and lives in Chelmsford, Essex earned around £30,000 a year.

There were around 120 workers at UPS’s Essex hub.

Paul’s friends claimed that he was under too much pressure.

A friend told the media on Sunday, ‘I saw him having coffee before he started his shift and he looked tired and said it had been a struggle for him to get out of bed – but he was as cheerful as ever.

‘That was his problem. He was the kind of guy who would never say no to extra work.

‘He’ll have died of natural causes but his mates who knew him to think he’s been worked to death.’

Mr. Crush has a wife named Tracey aged 40, who was said to be ‘beside herself with grief’, and a son who is four years old, and an eight-year-old daughter.

UPS said in a statement: ‘We are deeply saddened by the loss of our fellow UPSer. Our thoughts are with his family, friends, and colleagues.’

Moreover, his death is not suspicious, the police said.

Paul’s family and friends gather over £2,000 on the GoFundMe page in his name.

It was posted with the statement: ‘We’d like to start a collection to ease the pressure on the Crush family, perhaps assist with funeral costs or just to treat the children, whatever may help. ‘Please give as little or as much as you can afford – thank you!’