Home Top Trending REVEALED: The Chilling Final Text Of Sisters, 17 And 15 Just Before... 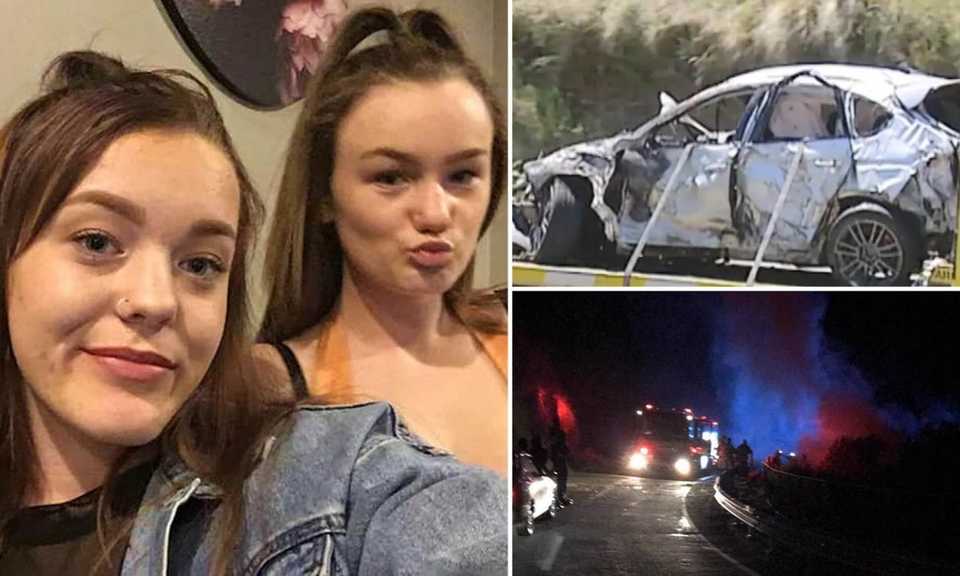 Two sisters in a horrific car crash in New Zealand.

A teenage girl who dies alongside her sister sent a text saying she feared for her life just moments before it happened.

The name of the sister was Tayla Alexander and Sunmara Alexander who were aged 17 and 15, respectively.

They passed away in a devastating crash in Port Hills near Christchurch on the night of November 17 when the car they were in went off a cliff.

The 19-year-old man was driving the car, and he was the only one who survived the accident.

Just a few moments before the car-crash, Tayla sent an unsettling text to her friend that revealed she feared for her safety.

Her friend replied to her back: ‘Oh my god, WTF Tayla.’

To which Tayla responded, “I’ve never been driven around the Port Hills so fast before”.

The accident happened at around 11 pm.

They were pulled from the fiery wreckage by the Onlookers and emergency services.

Tayla was declared dead at the scene while Sunmara suffered from extensive burns.

However, she later succumbed to her injuries at Auckland’s Middlemore Hospital on 13th December, which sadly marked her 16th birthday.

John Alexander, the father of girls, told Stuff that he does not blame the driver for the death of his two girls.

He was devastated by the accident and said: ‘My whole life just got ripped out from under me, everything just got taken away from me in one night.”

There were rumors on Facebook surrounding the accident that there were racing and other cars involved, but Mr. Alexander denied all those claims and said that they were blatantly false.

He said, “It’s just a tragic accident that has destroyed me”.

Kelly Forster, who happens to a friend of the family, created a change.org petition on behalf of Mr. Alexander that was aimed at the New Zealand Transport Agency, Parliament and Christchurch City Council.

She said that the mountainous road is very dangerous for driving and should be made safer to protect the young people using it.

Ms. Foster said, ‘I propose the road be controlled during weekend evenings by a closed barrier system to prevent needless racing or speeding around these hills causing injury and death.’

The petition had amassed 3,780 signatures by Saturday night.