Home Top Trending Father Tried To Save His Two Daughters, All Three Died In An... 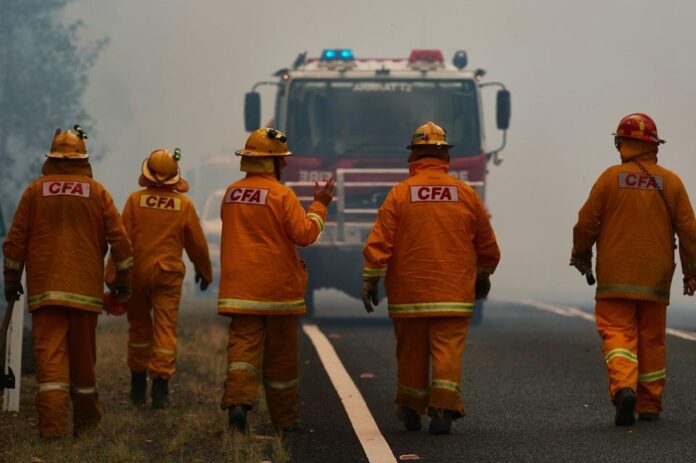 A father and his two daughters died in a wild apartment fire in Southern California.

The father of five who has not yet been identified got out of the dwelling and rushed back in to help other family members, said the police in the city of Hemet.

The 41-year-old father died along with two daughters, ages 4 and 12, respectively.

His 8-year-old son is reported in a grave condition following the fire.

According to Hemet police Lt. Nate Miller, another baby, an 11-year-old girl, and the children’s mother have survived the predawn fire.

Hemet Fire Chief Scott Brown said that several attempts were made to save the family but they were unsuccessful.

Brown said in a press conference that firefighters were hampered by the high intensity of the fire and the overhead power lines prevented them from extending the ladders.

“Our hearts bleed for the family,” Brown said.

Now, the primary focus of the firefighters is to find the reasons as to why the fire started, including the Christmas tree.

Miller said that investigators said that the fire started in the family’s apartment and no criminal angle has yet been discovered.

Following the high intensity of the fire, Lt. Jeff Davis of the Hemet Fire Department said that 45 residents were displaced from the 25-unit, two-story apartment building.

Davis added that Red Cross is assisting with providing food and shelter for some residents while other residents were able to make arrangements for their place to stay.

Hemet is about 70 miles east of Los Angeles.