Home Entertainment Netflix’s You: Joe Goldberg knows how to keep us coming back for... 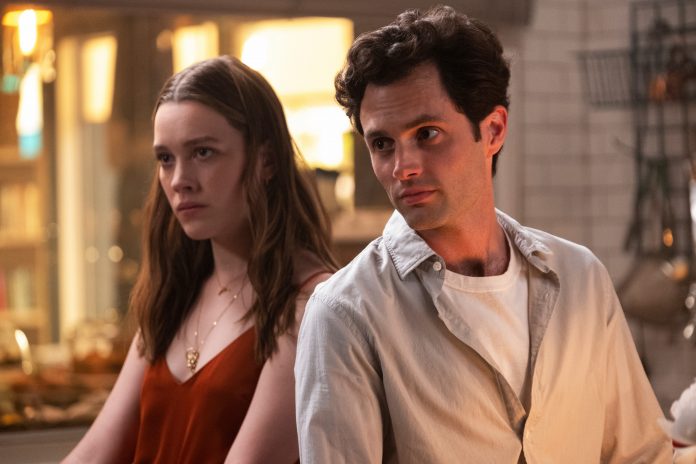 Netflix YOU: The Penn Badgley Starrer Will return for season 3??

Here we know that season 2 is now available of You on Netflix. The serial killer-themed television series, based on the novel of the same name by Caroline Kepens in 2014, has been a great success since its debut in Lifetime for Netflix. The second season of You -Netflix Originals, was launched on December 26, 2019.

In season one, Bookstore manager Joe Goldberg meets aspiring writer Guinevere Beck, and an internet search about her leads to Joe’s following Beck around, monitoring her social interactions, and entering her apartment while she is out. Joe is nearby when a drunken Beck falls onto the railway tracks, and he saves her.

In season two, now presenting himself as Will Bettelheim, their supporter had not only run away from Candace but also attempted to leave behind him the fact that he’d killed his girlfriend Guinevere Beck (Elizabeth Lail) and her best friend, Peach Salinger (Shay Mitchell). In this season, Joe Goldberg moves from New York to Los Angeles to escape his past and starts over with a new identity. … As Joe attempts to build a new love, he strives to make his relationship with Love to succeed at all costs, to avoid the fate of his past romantic endeavors.

Killer and Lover of the series You are back??

Gossip Girl’s Penn Badley will star in the serial killer of his girlfriend Joe Goldberg, with Victoria Pedretti (The Haunting of Hill House’s) also returning as Supportive Love Quinn, an aspiring chef and health guru in Los Angeles. Ambyr Childers, who can return as the problematic ex-girlfriend Candace.

Season 3 of You is ready to Reopening!!

Netflix has not till announced season 3 of You. As many customers know, it is a rule for a streaming service to wait approximately three to six weeks after the launch of entirely new seasons before announcing A renewal or cancellation. In this case, Netflix is ​​likely to be Green Light You Season 3, which gave the critical acclaim and popularity of the customer series. Expect season 3 to be officially announced by Netflix during the first half of January 2022, should it happen.

Based on the novels by Caroline Kepnes, You will make you want to swear off dating and humanity forever. The series follows Joe Goldberg (Penn Badgley), a man who appears to be a lovable bookworm with a heart of gold and a deep romantic streak. Only he’s nothing like that at all. Instead, Joe is a psychotic serial killer who will stop at nothing to own the woman he falls in love with. Joe’s insanity has haunted and charmed us for two seasons now. Here’s what you need to know about the possibility of a Season 3.