Home Top Trending Little Girl Saved Her Mum’s Life After She found She Was Having... 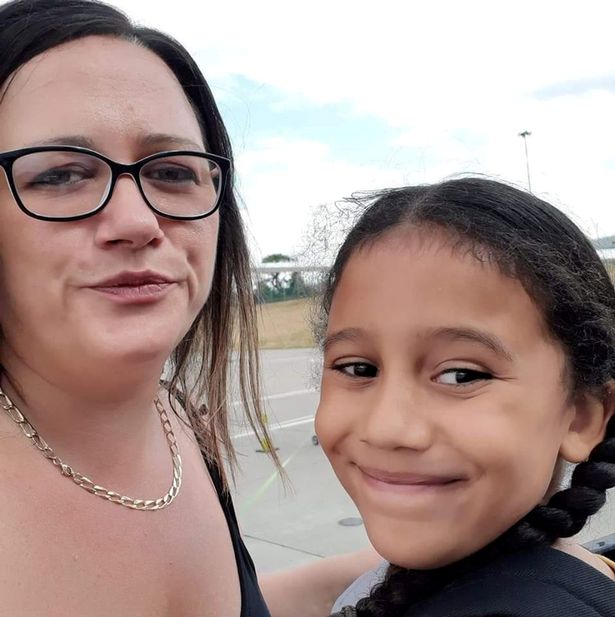 A six-year-old girl saved her mother’s life after she spotted she was having a stroke on a plane – caused by the takeoff. Alexandra Hajipaulis, 39 years old, was on a Ryanair flight to Crete with her daughter Jaiden when she suffered an ischemic stroke. It is thought to have been caused by a bubble of air in a vein that traveled up to her brain when the air pressure changed during the plane’s ascent. Brave Jaideen noticed her mum was unconscious and alerted an air hostess.

On the above image, you can see Alexandra Hajipaulis pictured with her daughter Jaiden

Thankfully, a doctor sitting behind Alex recognized her symptoms as a stroke and ordered staff to land the plane, where she was then rushed to hospital in a coma.

Alex, from Wolverhampton, is now entirely paralyzed in both legs and her left arm – but is grateful that her little girl’s swift actions saved her life.

Her mother, Lorna Hajipaulis, 66, has moved back to the UK from Crete to care for her daughter and two grandchildren full time.

Alex said: “Jaideen saved my life – she knew something was wrong, she got me help even though she was only six years old at the time, I’m so proud of her.”

Before her stroke, museum worker Alex was a happy and healthy mother of two living in Wolverhampton.

On 17 July 2018, she boarded a plane to visit her mother, Lorna, at her home in Crete, Greece, taking her Jaideen with her. Halfway into the flight, Alex collapsed in her seat – leaving her six-year-old daughter to alert an air hostess to her unconscious mother. The trip made an emergency stop in Italy, where Alex was rushed to the hospital immediately from the airport in a coma.

She underwent hemicraniectomy surgery the next day, where a large flap of the skull is removed, and the dura is opened to give space for the swollen brain to bulge, reducing the intracranial pressure. The young mum was then in a coma for ten days while Lorna traveled to Italy.

‘Alex did not have the right kind of insurance that would cover what occurred to her, and so we had to put all this money to get her home unharmed swiftly.’