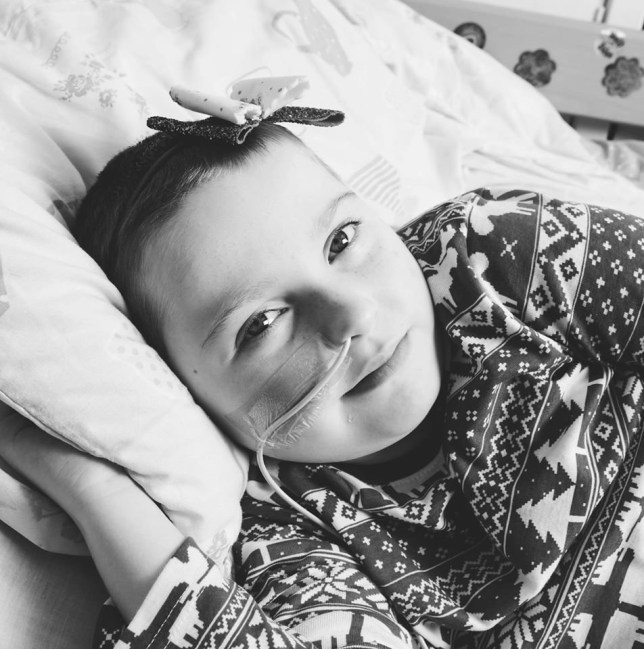 First, she became unwell aged just three, but when she visited doctors for diagnosis, they regarded her cancer as “growing pains.”

Eventually, it was early 2019 when Darcy’s illness was diagnosed.

Her Mother named Carol, aged 38, says that since the age of three, her daughter was in constant pain.

But when they went the doctors for treatment, they dismissed it as a result of two operations to fuse part of her spine as a baby, putting it down as “growing pains.”

‘ONE IN A MILLION’

In the summer of 2018, she began to rapidly lose weight and was so exhausted she couldn’t join in and play with her pals.

Carol says doctors did not take her daughter’s complains seriously until the eight-year-old began falling over daily and soiling herself.

Devastatingly, Darcy was diagnosed with a rare form of bone cancer called chordoma and was just left with a few months to live.

This afternoon, it was announced by Darcy’s family that she had passed away “very peacefully.”

A Facebook status was updated on Darcy Rae’s Dreams, which read, “Darcy was one in a million, and a huge part of my heart will never heal.”

“I’m so grateful to have had eight amazing years with her, she has taught me so much in the last year, and the strength she has maintained throughout is what will keep me strong.”

It was too late before doctors made a proper diagnosis, and by then, cancer had spread to Darcy’s ribs, lungs, skull, hand, arms, and legs.

Three rounds of aggressive chemotherapy were done on Darcy, after which she made the brave decision to stop treatment and concentrate on making memories that her family could cherish.

Her Mother hailed her daughter as an “inspiration” at the time, adding, “She’s always smiling and always wants to help others, even when she’s going through so much herself.”

It was incredible o Darcy that she helped her mom to plan her funeral and raised thousands of pounds for the charity Children’s Hospices Across Scotland after she found out she was terminally ill.

Speaking back in October, Carol said, “Hearing the news that my youngest daughter was terminal was the worst day of my life.”

“I was so angry and frustrated because I always knew, as her mother, that something was being missed.”

“Darcy has helped plan every single part of her funeral along with me.”

“This was extremely important to me because I wanted her to have everything her way.”

“This is not something any mother should have to do with their eight-year-old daughter.”