Home Entertainment TV Shows When will Queen Sono hit the screens? Will it be streaming on... 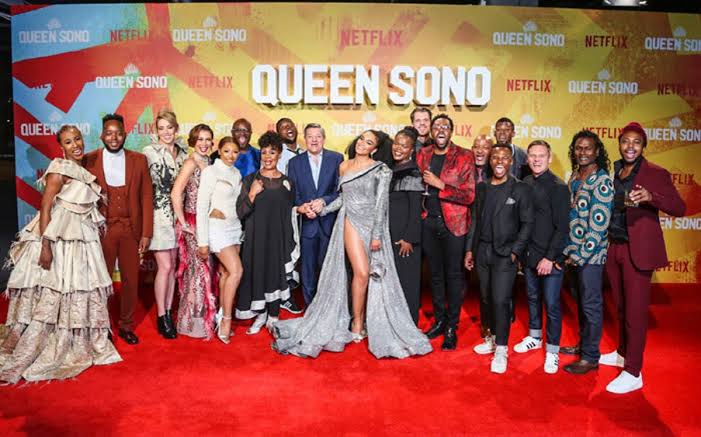 Queen Sono is Netflix’s first African series. The titular character of the show is a South African actor Pearl Thusi. This six-episode thriller is about her, who is a spy fighting to protect her country and the continent in the whole.

Along with that, she is also trying to uncover the mystery surrounding the death of her mother. Her mother is a freedom fighter and even an anti-apartheid leader.

Netflix has already installed its second African original, Blood & Water, which is based on a teenager at a South African high school. She is trying to discover her family’s secret past. Along with that, John Boyega’s UpperRoom Productions has joined hands with Netflix.

This is to create foreign-language films from West and East Africa. This is done to show the fresh voices and stories from a region which has always been criminally underrepresented at the global stage.

Queen Sono received reliable reviews for its debut. With several big mysteries left at the end of its Season 1, there is certainly room for more.

When will Queen Sono season 2 go On Air?

Netflix has not given out any official confirmation regarding a Season 2 of the series. But, we are hoping that the announcement will be made soon. The way Season 1 ended, there is a high chance that there will be a season 2.

Usually Netflix gives any show one month to prove it’s worth; it does not make any big decisions before that.

As Season one started on February 28, we can predict that the premiere for next Season will be around February 2022. But, given the circumstances at present, almost all the production houses have shut down. So, due to this COVID-19 Pandemic, we need to wait a little longer for the next chapter.

Who are the members of season 2?

Mazet (Abigail Kubeka), is the Queen’s grandmother. She was killed by Ekaterina (Kate Liquorish) in the last season, so we would not expect her to return, unless there are flashbacks shot.

But the rest of the cast were all pretty much alive till the end of Season 1. So we can expect the comebacks of, Queen (Pearl Thusi), which is undeniable, along with Sandhu (Vuyo Dabula), Ekatarina (Kate Liquorish), William (Khathu Ramabulana), Fred (Loyiso Madinga), Nova (Enhle Maphumulo), Miri (Chi Mende), and Dr Sid (Sechaba Morojele) among the rest.

The Queen ‘s father also pops up by the end of the season. So he may be there in the upcoming season.

What is the plotline of Queen Sono season 2?

Thus told Entertainment Weekly that, “Going forward, I am expecting things to get even more tough and emotional”.

He then added, “If we get another season, if we go forward, I am expecting things to be a lot more difficult for her than ever before. I think this is just the beginning. It was just the preparation”.We all saw that Queen and her team had stopped Ekaterina from taking over South Africa, but this story very far from getting over.

The Queen should get ready because the Russian heiress is not done yet. She will not stop until she gets to rule Africa and its precious mineral reserves. If the fans are thinking that the Special Operations Group (SOG) is the only organisation that is determined to stop the African takeover, they are wrong. The rebel group Watu Wema is also playing its cards.

Also, Queen will want to avenge the murder of her grandmother, which will add further fuel her feud with Ekaterina. Also, when Season 1 ended, it ended without revealing the truth that who killed Queen’s mother.

We also saw the arrival of Queen’s father in the finale episode, so there is no doubt he will play an important role in season two.

She said that, “I have no clue what the writers are/were cooking up for him. I would be very excited to explore that.”

When will the trailer of Queen Sono season 2 release?

Trailers usually release in the month around the premiere, so once we will know about the release date, we can have a better idea.