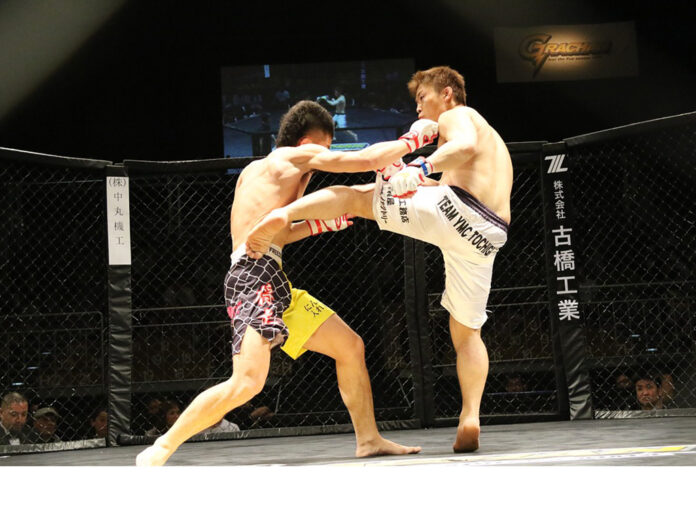 Mixed martial arts, also known as MMA, is a combat sport in which two competitors strive for dominance by employing three general strategies: strikes, submission holds, and control. The rules permit a variety of martial arts techniques, such as punches, kicks, chokes, joint-locks, takedowns, and throws.

Typically, victory is achieved via knockout, submission (one fighter concedes victory to the other by tapping the mat or opponent with his hand), or stoppage by the referee, the fight doctor, or a competitor’s corner.

MMA is also used to describe any modern martial arts style that combines multiple sport-based martial arts techniques and theories. This is especially true for MMA styles that train a combination of ground fighting, stand-up striking, and takedowns. If you want your bets to be profitable, you should at least be familiar with some reliable tips. Below are tips you should know before throwing down your money on MMA fights.

1. Consider A Combatant’s Personality, But Don’t Let It Affect Your Judgment

Personality is one of the most complex aspects of mixed martial arts. Personality can influence the tactics of a combatant. A combatant with an aggressive personality may adopt a more aggressive fighting style. A more cautious and reticent person may select a strategy that complements their personality.

MMA fighters are encouraged to project an exaggerated image of themselves, making it extremely difficult to determine a fighter’s level of self-confidence. As a result, it is not uncommon to observe fighters who appear overconfident but are terrified of their upcoming match. Similarly, you may encounter fighters who seem subdued and reserved compared to the showboats but far more assured (and competent).

Heavy favorites often lack value unless a heavy favorite is included in a parlay wager. If you are an amateur bettor, it may seem logical to wager on the favorite fighter. However, betting on a heavy favorite that offers few odds is not worth the risk for a seasoned bettor.

Because they are aware that in mixed martial arts, all it takes is one lucky punch from an underdog to send the champion and your bankroll crashing to the mat, in conjunction with other bets, you must wager on the heavy favorites in a parlay wager.

3. Don’t Always Bet Against The Underdogs

It is normal to go with the flow and follow the public by supporting the favorites every time. In reality, however, favorites do not always prevail. If you want to garner a considerable fortune through betting in the long run, you will need to wager against the favorites at some point. On any given day, an underdog can score a massive upset, which if you placed a bet on, can also net you a massive payout.

4. Understand Their Strengths And Weaknesses

You cannot simply wager on a fighter based on their record or popularity. The majority of current fighters are well-rounded and trained in various disciplines, but they each have their strengths and weaknesses. It is of the utmost importance that you research the fighters you intend to wager on and against. It would be best if you comprehended their strengths and weaknesses to determine their value.

5. Shop Before You Drop

If you ever want to win at MMA betting on online sportsbooks such as FanDuel.com, you must develop the practice of line shopping. Because, unlike in other sports betting, where the odds on games vary little from one bookmaker to the next, the odds on fights differ significantly depending on where you look.

In actuality, line shopping is your best bet for locating defective lines. Once a given oddsmaker posts odds on a significantly undervalued fighter, “sharps” will pounce hard on these odds. However, as more wagers are placed on this fighter, the oddsmaker will adjust the odds on the other fighter to entice bets on him.

The significance of conditioning for any given fight will depend on many factors, such as how quickly each fighter engages and how long their fights typically last.

Fighters who typically are aggressive and active in the earlier rounds may be a sign that they want to get it over quick. Although it’s not a definite sign, these types of fighters may have a low gas tank. A fighter who decides to play it defensively and wait for their opponent to gas out might inch out a win. So don’t disregard conditioning, especially if it’s for championship matches that have an extra two rounds if it goes to the distance.

7. Age Of The Fighters

Age is one of the things to consider when attempting to predict the outcome of a competition. Because the pay in MMA pales compared to the salaries athletes receive at the highest levels of other sports, many athletes continue to compete well past their prime.

While this is unfortunate for the participants, it does provide additional value for those who wager. Damage sustained by fighters throughout their careers accumulates, and chins that were once indestructible become the most prominent liability only a few years later.

Figure out which of the fighters has the best chance of winning based on their conditioning, fighting style, personality, and skill, and if you’re able to, try to deduce how they’ll achieve that victory. It will be much simpler for you to see through the hype and determine who the actual winners are if you follow MMA closely and are very dedicated to the sport.