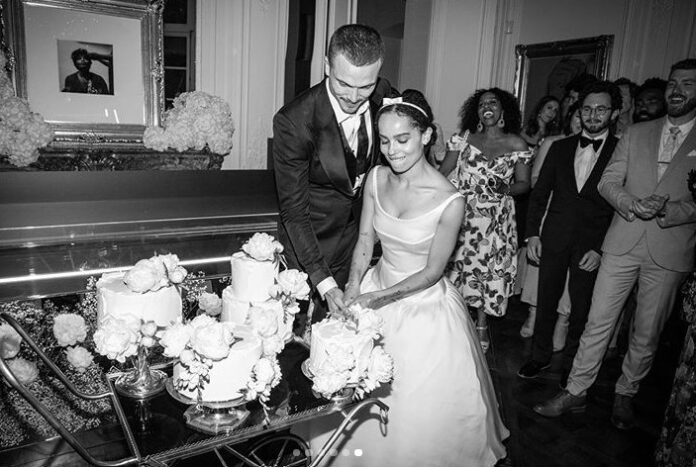 In case if you don’t know why there is noise about Zoë Kravitz’s wedding photos! Then it’s the perfect time to answer your queries. Zoë Kravitz is an American actress and singer. She is also a renowned model. She is the daughter of musician Lenny Kravitz and actress Lisa Bonet. And frankly speaking, Zoe is very private about her personal life. For this privacy, none could get to see her wedding pics until she posts them on Instagram.

So if you are in the same list of missing all these, let’s peek into it together. Zoë Kravitz wedded on  29th June 2019. Get Shocked?  Don’t be panic, so many are there like you. Until this week we only know about her wedding, but this week has something special. In this week, she has shared many pictures of her marriage to Karl Glusman.

On January 1, the singer and actor ultimately shared photos from her summer wedding. It took place in Paris with the actor she’s been dating since 2016.

Photos Of Her Wedding

Kravitz shared two grayscale slideshows on Instagram. She captioned it with their wedding date. The slideshows are full of pictures of her wedding moments. From walking down the aisle to kissing Glusman, and celebrating at her reception with a live band, all was there. 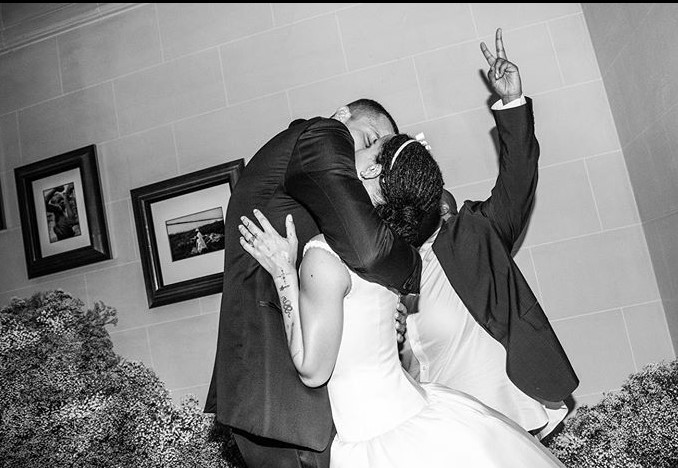 Now let’s talk about Her Dress, Makeup And Looks!

A ceremony is half-done without the power discussion on the looks, makeups and dress. Kravtiz is also not a saving! On her day, she opted for a fashionable yet timeless dress. She was with a scoop neckline, drop waist, and a poofy skirt. It seriously looks ridiculous. It eventually appears to be ballet slippers made of either satin or silk.

Later in the night, she changed her dress. She chose to wear a matching strapless top and low-waisted skirt. According to French Vogue reports,” the gown and reception set are both custom-designed for Kravitz by Alexander Wang.” 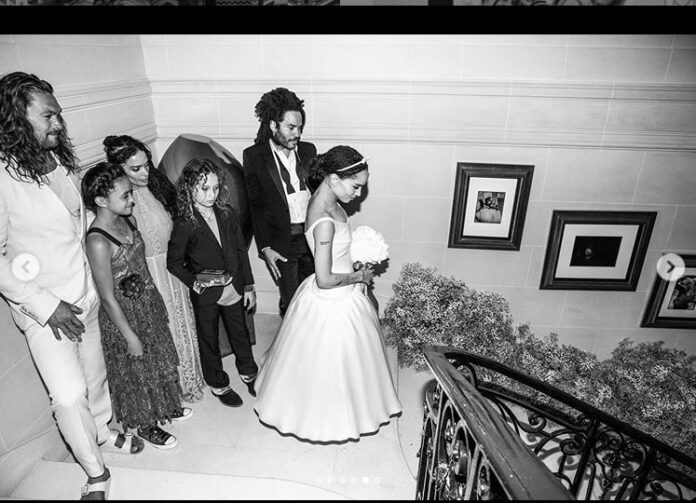 For her hair, Kravitz also chose the sleek and classic look with a simple low bun and a white headband. The bread adorned with an itty bitty crossbow to suit her wedding dress. It looks great. Simple yet unique! But a sad result is, till now Kravitz revealed no makeup details. The pictures she posts are also in black and white. From the photos, the only thing is said that she was wearing a fresh complexion base — something which would emphasise her already-bold brows and nude lips.