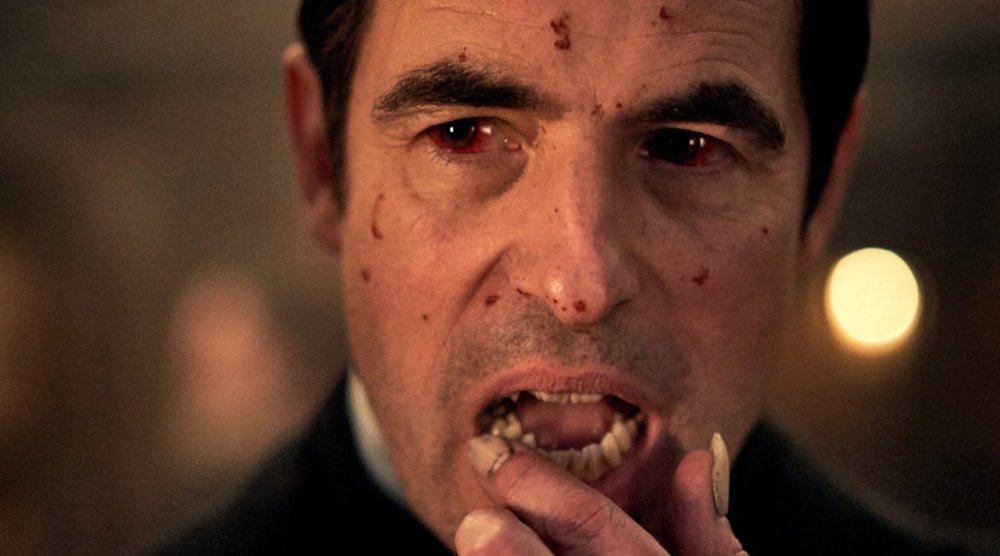 The BBC’s new adaptation of Bram Stoker’s Dracula, written by Steven Moffat and Mark Gatiss, has a secret weapon that isn’t a sharpened stake, a silver cross or a clove of garlic. No, no — Dracula, or at least Dracula Episode 1, “The Rules of the Beast”, has jokes. A lot of great jokes spat out by nuns in the face of demonic horrors. Which is, you know, the last place you’d expect to find them.

But the jokes are there, and they breathe new life into the immortal Count Dracula, whose story of toothy conquest has been told and retold more times than anyone would care to count. But those jokes aren’t the only thing this new three-part adaptation has going for it. There’s also plenty of the expected gothic atmosphere, grim body horror, and emaciated men with flies in their eyes. The main man — the epistolary hero of the original novel — is Jonathan Harker (John Heffernan), a lawyer recuperating in a Hungarian nunnery after a traumatic stay in Count Dracula’s (Claes Bang) castle. His interlocuter is the wonderfully acerbic Sister Agatha (Dolly Wells), an obsessive student of the dark forces who, later in Dracula Episode 1, is revealed to be Agatha Van Helsing. 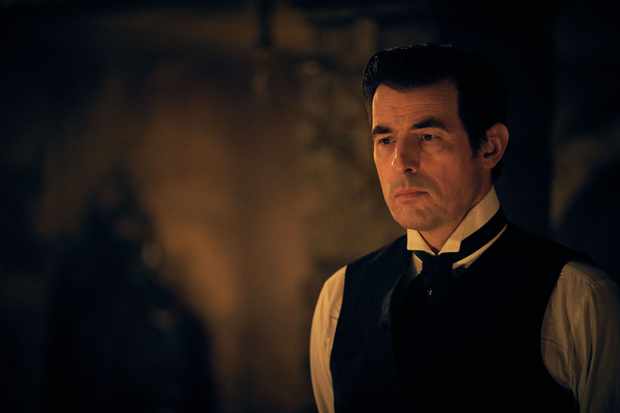 Jonathan leads the audience through flashbacks to stay with Drac, who begins as a chuckle, withered older man but becomes — at the expense of Jonathan’s health and good looks — more youthful and camp throughout the hour or so that the feature-length opener devotes to this slow-burning exercise in gothic suspense. The final half-hour, though, is where the gloves come off, as Dracula tracks Jonathan — along with his incognito fiance Mina (Morfydd Clark) and Agatha — to the nunnery, where he’s invited inside for a bloodthirsty climax.

Where the show might go from here is anyone’s guess.

Will there be a series 2 of Dracula?

Although the BBC is yet to confirm the second series of Dracula officially, Mark Gatiss had suggested in an interview with RadioTimes.com that the Count would indeed be making a return.

“It’s tough to kill a vampire,” said Gatiss, when asked about the possibility of a second batch of episodes.

“Do you know what I mean?” he continued. “What they do is resurrect.”

“That would be to give away how it ends, wouldn’t it?” he said when asked about the series’ future. “So you’ll have to wait and see.”

And in Dracula’s final episode, The Dark Compass, it certainly seems like the drama has ended for good.

He realises that many of his vampire “weaknesses” are habits borne out of shame, Dracula is convinced by Sister Agatha (Wells) that all this time he’s been running from death, and so the Count decides to end it all. Drinking the mortal blood of Agatha’s descendant Zoe (within whom Agatha has been conversing), Dracula willingly poisons himself as he kills both Agatha and Zoe.

“After all this time, did you think I’d let it hurt?” he asks.

One of the final shots of the series is a prone Dracula and Zoe, apparently both deceased, as their spirits converse on a different plane, and frankly, it’s hard to see how the series could talk itself out of that one.

What would happen in series 2 of Dracula?

Asked about the first series, Bang said that “ there is stuff in here that strays. In a cool way. And gives you that new take on Dracula.”

“Why do one more of those that we already have? They’ve done them brilliantly before. So, we needed something else and something new, and what’s happened here.”

Sayantini Sahahttps://www.instagram.com/ancient__words
Words are confusing, and so are emotions unless we put them on a particular algorithm. So here Sayantini is to put them all together in a new form. She is an inward soul flourishing through reading, writing professionally since 2018, with a pursuing degree in Sociology.

Diana Rigg: Game Of Thrones Star Hasn’t Watched It At All!...

Monica Aldama: All About Dancing With The Stars ‘Cheer’ Coach.

Paul Rudd: Ant-Man Star Has A Message To Give To You...

JK Rowling is in Trouble Again after New Book Launch!

Into The Wild With Bear Grylls And Akshay Kumar episode: Highlights

Castlevania 4: Is Striking Occasion The Only Thing Attractive About Season 4?

Castlevania has been an elite screen modification of a match. It is among the elite, Netflix shows. It is something on agreeing on the...
Read more
Anime

Black Clover Chapter 261: Black Clover has been one of the fantastic Isekai anime of 2020. The chapters are increasing excitement and the anxious...
Read more
Anime

Dr. Stone Chapter 161: The manga was on break from the last chapter due to the Olympics related event in Japan. As everything is...
Read more
© Copyright 2019-2020 TheNationRoar