Nothing can beat the FIFA World Cup in terms of popularity in the football world. Both for the players who are competing and representing their home countries, and the fans who are watching every game and hoping their national team wins it all, the tournament is the biggest thing in their favorite sport. However, it only comes around every four years which makes it rare and hard to wait for.

The next best thing is probably the European Championship, as well as other continental tournaments on other continents. The Euros, Copa America, and the remaining competitions also come around every few years, which is exactly why club football seems to be more important than national games. With clubs, there are leagues and domestic cups every year. The only break is during the summer months, which is popular for a completely different reason thanks to the summer transfer window.

With that being said, this year’s iteration of the competition is shaping up to be one of the most interesting ever and for a few reasons. The changes in rosters that happened this summer, and which are still happening at the moment of writing, are among the biggest and most shocking in the history of the sport. Therefore, the fans and bettors alike are impatient for the matches to start so that they can enjoy their favorite game all over again.

In the article right here and now, we will talk about the Champions League Final Predictions and betting tips to help you make better decisions along the way. If you want to learn more about gambling and betting as well as check out a great place to do it, you should definitely visit this link.

The Groups are Set

The draw for the group stage took place yesterday, August 27, and several groups are truly amazing and exciting. In the following section we will check who will play against who from September 14 to December 8.

In group A are Manchester City, Paris Saint-Germain, Leipzig, and Club Brugge. Group B consists of Atletico Madrid, Liverpool, Porto, and AC Milan, and is arguably the strongest group this year. Group C is made out of Sporting CP, Borussia Dortmund, Ajax, and Besiktas and is one of the two groups where any two teams can advance to the round of 16. In group D, Inter, Real Madrid, Shakhtar Donetsk, and Sheriff Tiraspol will battle it out. Group E features Bayern Munich, Barcelona, Benfica, and Dynamo Kyiv. In group E, we will watch Villareal, Manchester United, Atalanta, and Young Boys. Group G has LOSCL Lille, Sevilla, Salzburg, and Wolfsburg, the second group where teams are roughly of the same strength and any two can proceed further. Finally, group H features Chelsea, Juventus, Zenit, and Malmo.

Like every year, two top seeds are usually the two teams that go to the next round of the competition. Bettors do not need much help there as that means that Man City, PSG, Atletico, Liverpool, Inter, Real Madrid, Bayern, Barcelona, Villareal, Man UTD, Chelsea, and Juventus will surely play the round of 16. The draw for the round of 16 is on December 13, and the games are played on February 15, 16, 22, and 23. The second legs are on March 8, 9, 15, and 16. The quarter-final and semi-final draws is on March 18, with the games being played on 5 and 6, and 12 and 13, respectively. The semi-finals are on 26 and 27 of April, and 3 and 4 May. The final is going to be played on May 28 at the Gazprom Arena in Saint Petersburg, Russia.

Perhaps the most interesting betting tactic once the knockout stages begin would be to play on total goals since this will be the first iteration of UEFA CL where away goals will no longer be a part of the game. The total amount of goals between the two matches will dictate who advances and who goes home. This will change the tactics and the whole approach to the games, which is what UEFA wanted in the first place. Games should be more exciting and more goals should be scored in general.

The Favorites for the Final

A lot of the teams that we mentioned already have a good chance to make the finals. Real Madrid, Juventus, Bayern Munich, Liverpool, and Chelsea are all strong and ready for a deep push into May. Man UTD, Borussia, Atletico Madrid, and Inter are all there, but going all the way is probably stretching it too far. The rest of the teams who are not near the top will most likely find their way home early.

Thanks to their incredible summer transfer window, the best French team is even better and more poised than ever to finally add the title of UEFA Champions League to their cabinet. Paris Saint-Germain is stronger than ever now that they managed to snatch Lionel Messi from Barcelona. This also instantly makes Barcelona a second-tier team among and no longer makes them one of the favorites to reach the finals, let alone win the whole thing. Except Messi, PSG also brought Gianluigi Donnarumma from AC Milan, Sergio Ramos from Real Madrid, Achraf Hakimi from Inter, and Georginio Wijnaldum from Liverpool. Not only did they only have to pay €60 million for Hakimi, but the remaining four all came on free transfers and signed new contracts. This means that PSG got some of the best players on the world, weakened the competition, and still has money lying around.

Still, not everything is going that well for them as their young star Kylian Mbappe now wants to leave to Real Madrid, his favorite childhood team, and be their new star after Cristiano Ronaldo left. Speaking of Ronaldo, he is inches away from moving to Manchester City and leaving Juventus. After not being able to bring the CL title to Turin, he seems to be eager to help Man City who have been struggling for years to add the elusive trophy to their immense collection. Guardiola and Ronaldo on the same team, versus Messi and Ramos on another, who would have guessed this would ever happen some 5 or 6 years ago? After such a transfer window, it seems that PSG and Manchester City are the two teams to beat and it would be a pity if they meet before the finals. 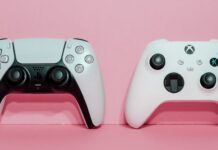 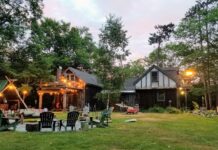 How to Transform a Small Backyard into a Relaxing Retreat 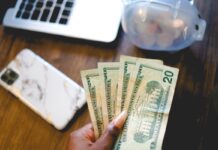