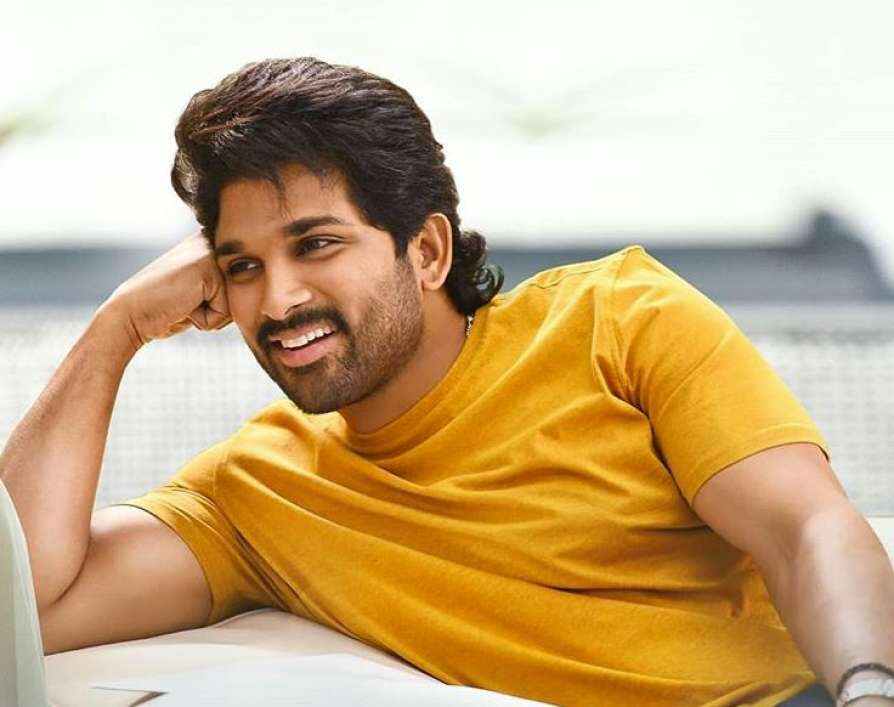 Telugu star Allu Arjun always wears his heart on his sleeves, and many times he proves this fact. His popularity is increasing day after day.

He did excellent work in his latest movie Ala Vaikunthapurramuloo co-starring Pooja Hegde.

His fantastic dance moves in the song Butta Bomma has won millions of love around the country.

Due to COVID-19 lockdown, Allu Arjun is currently under home quarantine along with his family, just like the rest of the nation. 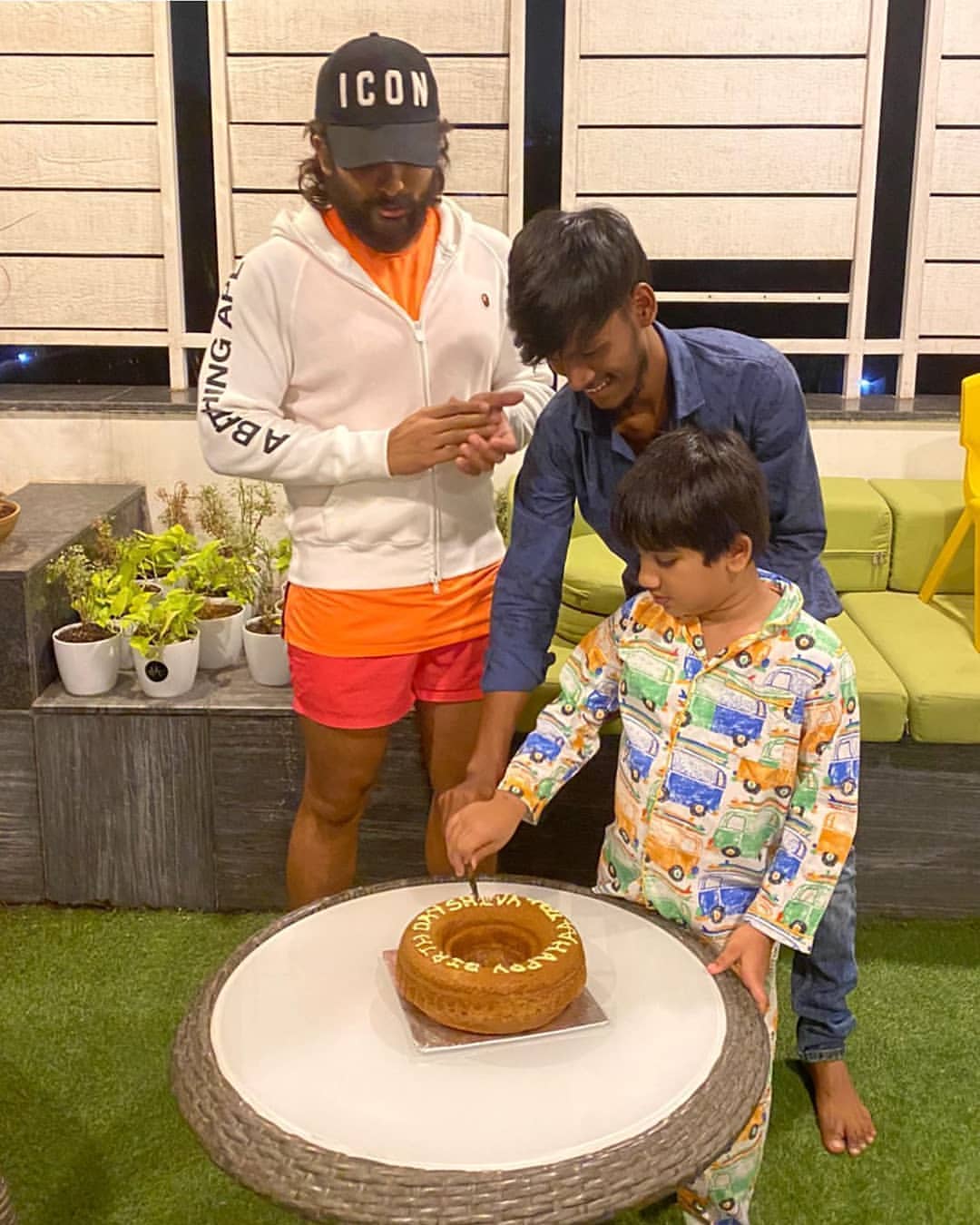 Stylish star Allu Arjun made his Personal Assistant Shiva’s birthday special with his son Ayaan and is winning hearts with this gesture.
Here’s a picture in which Allu Arjun seen clapping as his PA cuts his cake with the ‘Ala Vaikunthapurramloo’ actor’s son.

A photo of the little but beautiful celebration has posted on social media in which Allu Arjun is seen clapping for the PA as the latter cuts the cake along with the superstar’s son, Allu Ayaan. And the best part was that the little boy was too happy to help cut the cake as is evident in the picture. 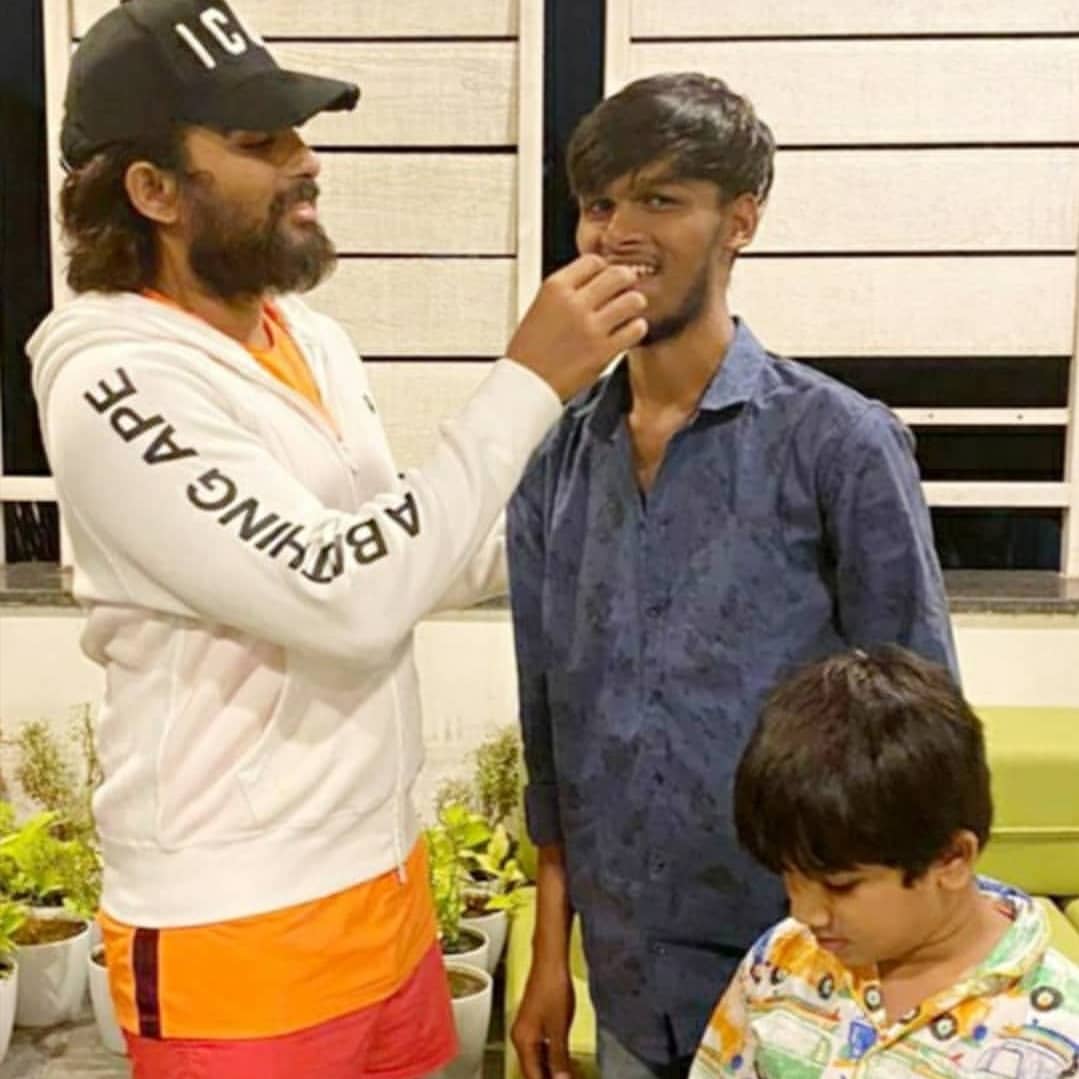 The star keeps it easy as that he wears an orange and white coat teamed up using a set of fitting shorts from the film. In addition, he dons a cap using the title of his forthcoming film Icon engraved inside.

Recently, on April 8, Allu Arjun celebrated his birthday with his family at his residence in Hyderabad. On the special occasion, he announced his new film named ‘Pushpa’ and shared his first look from the movie.

His very first appearance in the action thriller movie is already introduced much to the enthusiasm of lovers.

The film also contains Vijay Sethupathi, Rashmika Mandanna, Jagapati Babu, and Prakash Raj at the lead actors. It is directed by noted director Sukumar and made by Y. Naveen.