Home Entertainment Better Call Saul Season 6: Is it the Finale? Read to find... 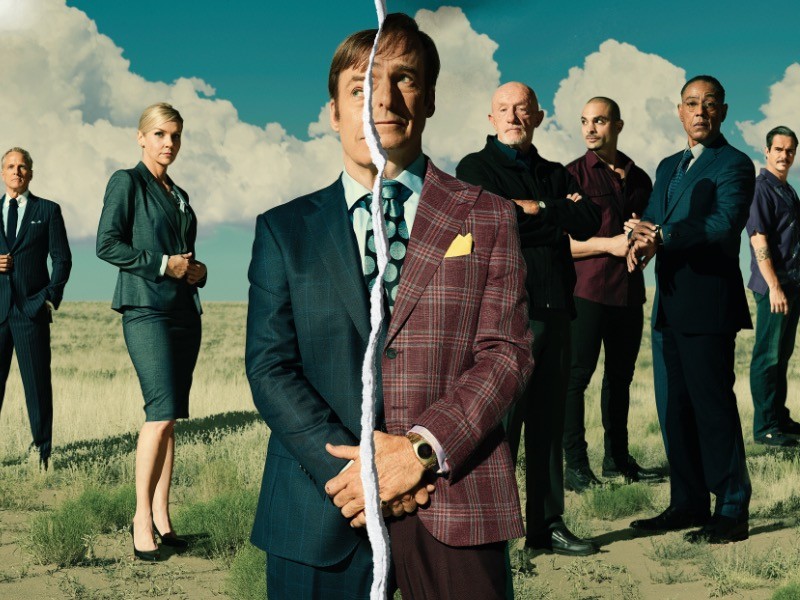 When we talk of the highest-rated series, the first one to strike our mind id Breaking Bad. And when the series came to an end, we all were sad at some of the other points. But to our surprise, a new show was introduced concerning the events that happened even before Breaking Bad. Yes, we are talking of Better Call Saul. When we speak of it, we know that Better Call Saul is the baby brother of Breaking Bad.

This crime drama series recently aired the finale episode of season 5 on April 20, 2022. The fifth season is already titled the ‘best season’ till now.

With critics praising the work and the season getting a rating of 8.7/10 created quite a cliffhanger, and we all are already waiting eagerly for the next season. And, now, when season 6 will be the finale season, it is saddening.

According to the sources, the shooting of the sixth and final season began back in February 2022. But due to the COVID-19 pandemic outbreak, the production is at a pause. Previously, it was declared that the 6th season would release in early 2022. But because of the current situations of the pandemic, we cannot expect the show any time sooner than mid-2021.

The show can be streamed on Netflix.

What will be the new season is all about?

Before we move onto the expected plot of season 6, let’s take a quick recap to the previous season of Better Call Saul. Earlier in season 5,  Lalo discovered that Gus Frig was the culprit behind the failed murder attempt. Due to this, we can expect issues that can develop between the members of Cartel.

And we know that presence of Gus till the end of the series is mandatory. Therefore, we can expect some severe actions and some surprising twists concerning Nacho and Lalo.

The co-creator of the show Peter Gould says, “The fact is we didn’t have much of a view of it either. During the breaking of season 5, which you guys saw, the fog started to lift.”

He further added, “We just began working in the last few weeks. And it is going to be really big… A big season. Things are already going on in the writers’ room that I’m excited about. We’re hoping for the last season not to be an anti-climax. Dangling over everything is the fact that I was so pleased with how “Breaking Bad” ended.”

With all these statements and the fact that the writer of Breaking bad, i.e., Vince Gilligan, is the person behind the creation of the masterpiece scripts of season 6, we can expect a blockbuster ending. A finale that will not disappoint us and will live up to our expectations.

Since the worldwide lockdown began immediately after the production and shooting of the upcoming season of Better Call Saul started, any official teaser/trailers aren’t released. So we have to wait for some more time.