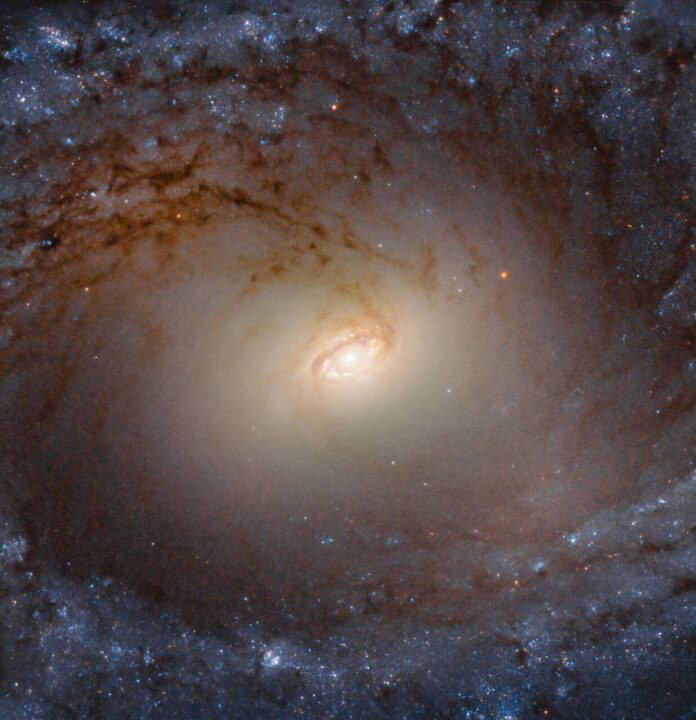 Recently, the National Aeronautics And Space Administration (NASA) has announced that their famous Hubble Space Telescope has just detected a hovering saucer of its own.

The thing which getting the center of attraction about this spotted flying hover is that it is far more significant than anything. Anyone would want to witness to see by Earth.

Flying Saucer is a descriptive term for a supposed type of flying craft having a disc or Saucer-shaped body, commonly used generically to refer to an anomalous flying object.

The image given above was captured by NASA through their Hubble telescope. It shows a galaxy known as IC 2051. NASA says in their blog post, the galaxy is located in the constellation Mensa and is distanced 85 million light-years from Earth.

The galaxy is huge, and it’s stretching its long arms out into space, but it’s the apparent beauty point of the universe in the above image that reminds us most of a “flying saucer.”

This galaxy was continuously noticed by Hubble scope research on galactic bulges, the lighted round central regions of spiral galaxies. Spiral galaxies like IC 2051 are shaped a bit like flying saucers when seen from the side; they are made of a thin, flat disk, with a bulky bulge of stars in the center that extends above and below the disk. These bulges are thought to play a key role in how galaxies evolve, and to influence the growth of the supermassive black holes lurking at the centers of most spirals.

The newly detected galaxy can enable scientists to collect more new unknown information regarding the structure of the celestial objects. This will allow them to understand how the planets developed, and this universe was created.