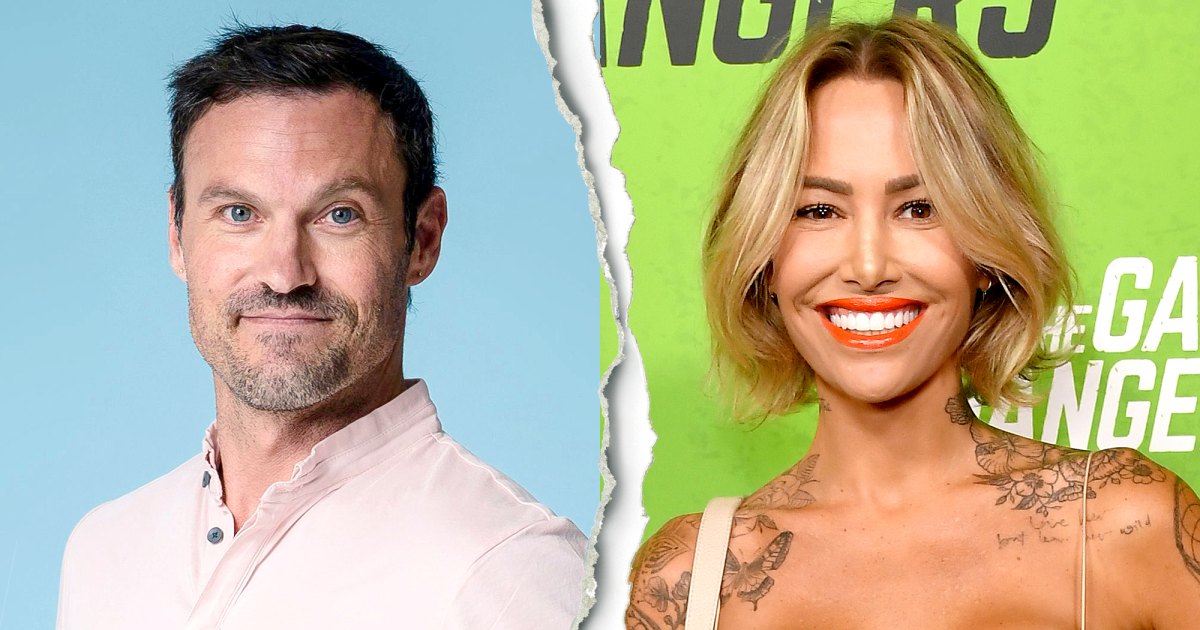 Things seem to be heating up between Brian Austin Green and Australian model Tina Louise!

Brian Austin Green, 47, and Tina Louise, 39, are keeping people on their toes with the status of their relationship ever since they were first seen on a lunch date together back in June. She continued to fuel speculation after the bubbly blonde posted a cute comment on an Instagram video of him acting angry as part of a preview for an upcoming episode of his podcast on September 24. “Kinda hot when you’re mad. Lol,” she wrote next to a fire emoji.

They were one of the most talked-about twosomes over the summer along with his ex Megan Fox, 34, and her new boyfriend Machine Gun Kelly, 30. The Transformers star and “Bad Things” rapper were seen out together weeks before Brian confirmed that he and Megan were splitting after nearly 10 years of marriage during a May 2022 podcast.

Megan & MGK have gone social media since then and have been seen in a state of PDA multiple times in the months since. Brian and Tina’s apparent romance has had some twist and turns along the way as things cooled off between them before they reunited for a fun day at the beach earlier this month.

So what is it about the Aussie babe, who owns restaurant Sugar Taco in Los Angeles, that attracts Brian so much? “Brian appreciates that Tina is such an easy going person. She’s always smiling and just lifts his spirits — she’s such a positive energy to be around,” a source close Brian tells HollywoodLife, exclusively. “He’s really just taking things one day at a time but he’s definitely into Tina. She’s been a breath of fresh air,” the insider adds.