The head of Iran’s elite Quds Force, Iranian General Qassem Soleimani was killed in a US airstrike in Baghdad, the Pentagon confirmed on Friday.

The US Department of Defence in a statement said, “At the direction of the president, the US military has taken decisive defensive action to protect US personnel abroad by killing Qassem Soleimani.” 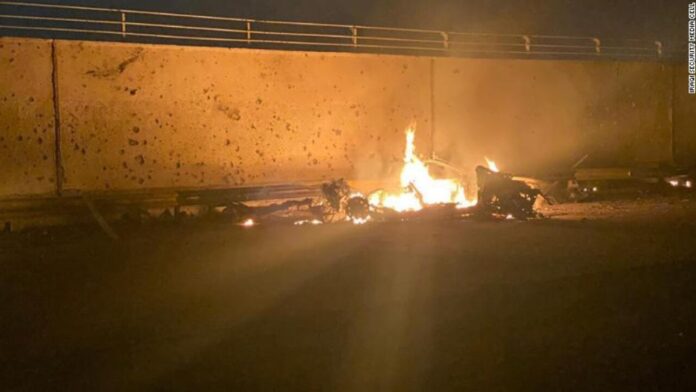 “This strike was aimed at deterring future Iranian attack plans,” the Pentagon added.

“The deputy head of the Hashd, Abu Mahdi al-Muhandis, and head of the Quds Force, Qassem Soleimani, were killed in a US strike that targeted their car on the Baghdad International Airport road,” said Hashd Shaabi, also known as the Popular Mobilization Forces (PMF), in a statement early Friday.

The PMF has initially stated that five of its members were killed along with two “guests” in an airstrike on their vehicles on the grounds of Baghdad International Airport on Friday.

Among those killed by the US, PMF said that Mohammed Reda al-Jaberi was also included, who was the militia’s protocol officer and head of public relations.

Soleimani was one of Iran’s most powerful as the head of the Islamic Revolutionary Guard Corps’ elite Quds force.

He was also responsible for regional military policy in Iraq, Lebanon, Syria and Yemen.

Al-Muhandis was the leader of a Shiite militia group, Kaitab Hezbollah which is part of the Iraq state-sanctioned PMF.

Officials from the US and Iran have said that the fallout could be devastating keeping in mind the current tensions between the two countries. 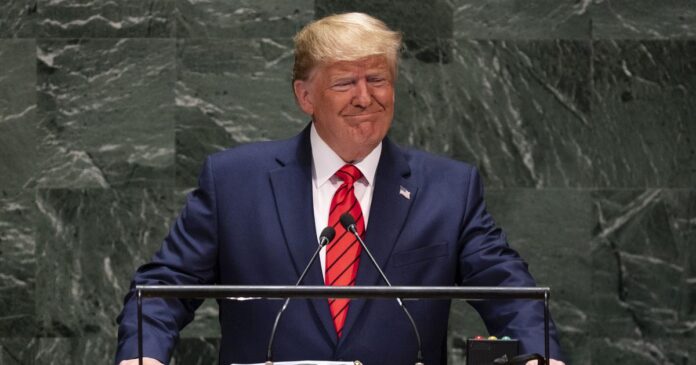 Iraqi Prime Minister termed the attack as an “assassination” and condemned it as an act of aggression.

A Democrat from Connecticut, US Senator Chris Murphy warned that Soleimani’s killing could spark a “potential massive regional war.”

“One reason we don’t generally [assassinate] foreign political officials is the belief that such action will get more, not less, Americans killed,” Murphy said on Twitter. “That should be our real, pressing and grave worry tonight.”

Tables turned when a senior Democrat lawmaker said the Congress was not aware of the strike before its execution, raising “serious legal problems.”

The media centre revealed the photos of vehicles on fire and refused to disclose any other information.

Loud and scaring blasts were heard at the airport following the attack. 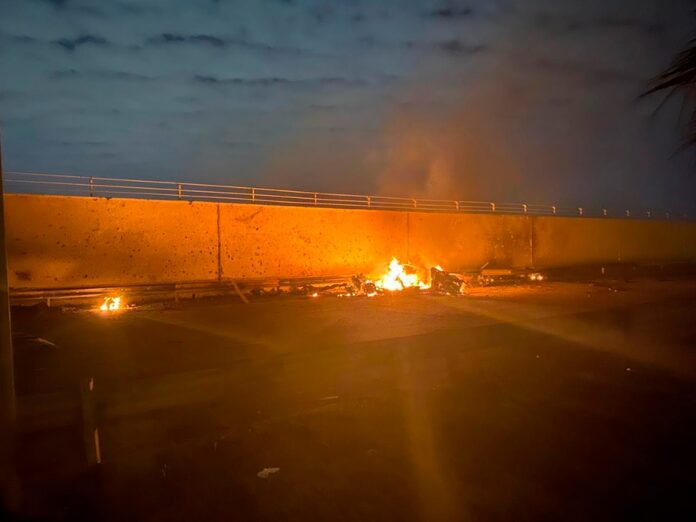 US Embassy in Baghdad was stormed by the supporters of Iranian-backed Iraqi paramilitary groups on Tuesday after US air raids on Sunday against Kataib Hezbollah militia bases.

Tensions between Iran and the US have surged, and relations between the two nations haven’t been this delicate due to US sanctions on Iran and conflicts over attacks on oil processing facilities in Saudi Arabia.

Soon after the news broke of the killings in Baghdad, oil prices surged early Friday morning.