Home Gambling Which Genres of Games Are Set to Benefit Most from VR?

Virtual reality is slowly creeping into popular culture. It’s not quite mainstream yet, but interest in technology is beginning to gather pace. The global market size was valued at around $21.83 billion in 2021, and for the rest of the decade, it is expected to enjoy a CAGR of 15 percent.

VR will change the face of a wide range of industries, with a gaming set to be one of the biggest beneficiaries. There are certain game genres that might not work with the next leap in technology. However, there are a few categories that could be enhanced greatly.

One of the primary aims of online casinos since their inception has been to bring a realistic gambling experience to players in their homes. In the early days, the virtual options on offer were rudimentary, and now look antiquated compared to the offerings found online in 2022. 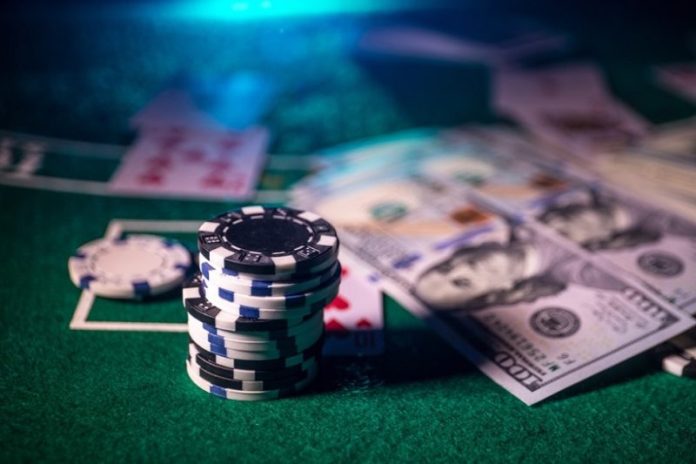 As online casinos have expanded and broken out into emerging markets, their games have progressed greatly. For instance, in the East many players search for the best offers when choosing where to play roulette and other games. There are welcome bonuses for newcomers, and sites also use reviews and reputation to attract players. Aside from promotions, the abundance of roulette variations is an important element that people seek.

Along with virtual, digitalized roulette games, live-streaming options have boomed in popularity over the last few years. The aim of these games is to put players face to face with a dealer as if they were sitting at a real casino table. The only difference is that the player and dealer are separated by a screen. VR could upgrade this experience further and put players directly in the situation. They may then be able to look around and feel as if they are there, sitting at a table.

Console games have arguably advanced more than any gaming genre over the years. The 2D offerings of the early days of home entertainment systems seem a distant memory compared to the immersive open-world epics found on modern consoles. Nowadays, players can become characters and effectively live another life within the game world.

One of the most notable open-world games of recent times was Red Dead Redemption 2, a Wild West offering from Rockstar Games that allowed players to become the outlaw Arthur Morgan. The rich and detailed environment was lauded for its interactivity and realism, and the 2018 release is one of the world’s most groundbreaking games. Still, in a couple of decades’ time, this title will seem as retro as Donkey Kong is now. VR could maybe have the biggest impact on these games.

When VR technology improves and the graphics become as realistic as they are in console games today, players may be able to put on a headset and enter characters like Morgan from a first-person perspective. This would most likely be combined with haptic technology so that players can feel their surroundings and move around within them. Ernest Cline’s concept in his novel Ready Player One gives the best idea of how this could look, with gamers hooked up to treadmill-like tracking pads and other hardware that provide full immersion.

If VR is to have an impact on open-world games, it will most certainly appear in sports titles as well. Sport is one of the most popular game genres, with 38 percent of 25–34-year-olds enjoying these offerings. Some of the longest-running game franchises are sport-themed too, and it seems reasonable to think that they will continue to run long into the future.

One of the reasons why sports games like FIFA and MLB: The Show are so popular is because they give players the chance to feel like they are professional sports stars. EA Sports recently had success with a game mode called The Journey, which allowed players to follow the story of an up-and-coming professional soccer player. Stuff like this would be enhanced with VR because gamers would be able to feel like they’d entered the mind of the player in the story.

Massively multiplayer online role-playing games like World of Warcraft are hugely popular, thanks to the fact that they give players another world to live and socialize in. Around 120 million people still play the game from Blizzard Entertainment, and many are also attracted to the spinoffs Hearthstone. World of Warcraft and others like it have existed for almost 20 years, and the popularity of this format doesn’t seem to be waning. The main appeal is in the fact that players can become different people in these fantasy worlds, and many would describe this as the perfect form of escapism.

Currently, when people log on to play MMORPGs, they create their own avatar and then control them in the digital world of the games. These characters can be anything, and there’s no limit to the imagination. Controlling a protagonist in a fantasy world is one thing, but actually entering its body is another. Virtual reality could be a game-changer in these titles, as players would effectively put on the VR headset and feel as though they are walking around in the game.

The proposed metaverse from Mark Zuckerberg clearly takes a lot of inspiration from MMORPGs, as it is designed to be an online social setting where people can control avatars and walk around. It is expected to allow users to do various things, but communicating with others will be high on the agenda. Perhaps MMORPGs will exist within this metaverse, offering like-minded people a place to meet up. Alternatively, MMORPGs may have their own separate metaverses. Either way, there’s no doubt that these games will be improved massively by VR, as it will truly take players into the minds of their digital avatars.

VR is set to take a lot of some of the world’s already immersive games and make them even more so. Players could soon feel like they’ve entered the mind and body of another character from within a virtual world. It is a seriously exciting time for the gaming industry, and it will open up more ideas for future innovation.

A New Dimension of Fun: Prominent Types of Poker to Play Online