Home Gaming Animal crossing: This Is The Tragic Story Of The Able Sisters 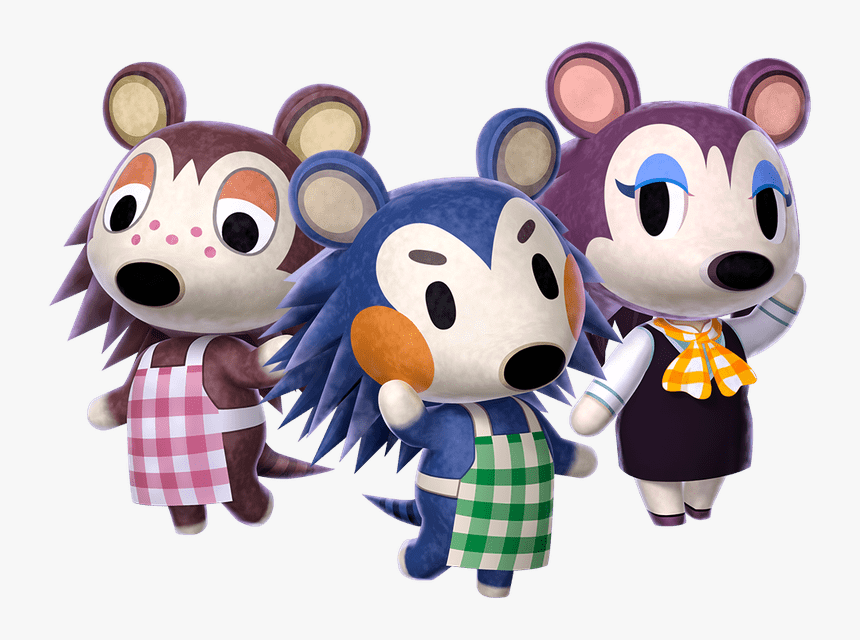 Who are Able sisters? The story is a collection of scattered moments received by different characters throughout the games like City Folk and New Leaf, New Horizons of Animal Crossing. First, we have to befriend Sable, which takes a reasonable amount of time. After which she lets the player know little about her past. And some of the things are narrated by Tom Nook and the other sisters.

Their parents owned the Able Sisters tailoring shop. And back then, all three of them were together and happy. They would go for camping. The father would leave the door open at night to make them feel safe. And their mom would wish for their claws to be friendly. Things were happy and humble. Until because of the fatal accident, their parents died. Despite her young age, she became in charge of two younger siblings and the shop.

The incident made the Sable depressed, and this why she stays quiet, focused, and determined all the time. Mable was too young to remember these things. The only memory she has is the photographs of the family on the wall behind the Sable’s sewing machine. After some time, there was an argument between Sable and Lable. The fight made Lable move to the city and become a fashion designer, under Gracie-Grace. Gracie named her LaBelle for her fashion designer career name.

While going through such hardships, Sable made friends with Tom Nook. They would sit and stargaze at night make their constellation. But Tom wanted to move to the city to earn more money and have the biggest shop in the world, after which he left the island. Even they were far from each other. They would exchange letters to each other. Also, Tom gifted a pair of orange scissors, for her birthday gift even he was running low on money. According to Sable, it is the best scissors she owns.

After some time, Tom moved into the city. But money changed him. He even said, “Dreams are nothing in the face of money” This made their friendship worst. But now and then they can be seen talking about their feelings about each other.

Also, at that time, Lable would send letters about apologizing, making peace about the family, and being back together. But after what Tom did, she would hate the people who came from the city. But when she met Blavis, she stop judging people and let her sister move in with her. After this, Lable trades accessories at the Able Sisters. She didn’t change her name from LaBelle to have a face in the fashion design industry. Altho after some time she traveled a lot for her job, she often visits her sisters.

The tragic story is a little more for the game like Animal Crossing, but the journey of hardships and finding happiness with the bit of things they get made them who they are. Forgetting pasts and living together and share their sadness and being kind and warm to others. All these emotions make them way more than just NPCs in the game. From them we can learn lessons for life and lead our life. They become part of our lives.

It would be interesting to see how the story goes for them in future games.

Paul Armour - Wednesday, 14 April 2021, 15:40 MST 0
Finding the best way to control vehicular and foot traffic is vital to ensuring everyone using a particular road is safe. There are numerous...