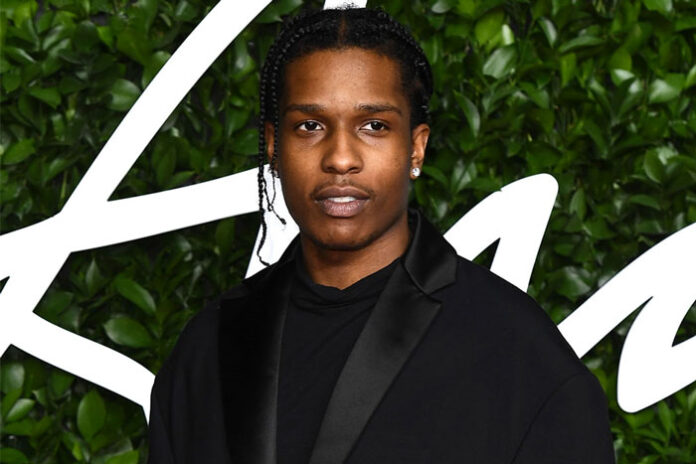 A$AP Rocky has a hilarious reaction after the leak of an alleged ‘lovemaking’ tape.

Even though the man’s face is not visible in the video, fans pointed out the similarities between the tattoos of the man in the video and Rocky.

Social media users didn’t hesitate to share their opinions about the on-camera performance.

“Impeach ASAP rocky for that makeout tape,” said one Twitter user, while another joked, “ASAP Rocky’s love-making tape was more disappointing than my grades this semester.”

However, Rocky denied all the claims that the video was his and tweeted,

“MY P**** AND I WOKE UP 2 THE ALARMING DISTURBANCE OF A VIDEO CLIP 2DAY,” he tweeted. “AS HIS DEFENSE ATTORNEY WE’RE PREPARED 2 DENY ANY SLOW STROKES OR LACK OF KILLIN THE P**** . A LONG LIST OF SATISFIED WOMEN CAN ATTEST TOO. BUT THE REAL PUNCHLINE IS SEEING PPL WHO NEVER FUCKED HIM RATE HIM.”

Rocky has been very open about his personal life and has not shied away talking about it.

He added that he lost his virginity at the age of 13.

Rocky told Angie Martinez on WE TV’s “Untold Stories of Hip Hop “I’ve been an addict for some time.”

“I can’t be embarrassed by it. I wear my heart on my sleeve. I don’t do anything that I’m not proud of speaking of.”