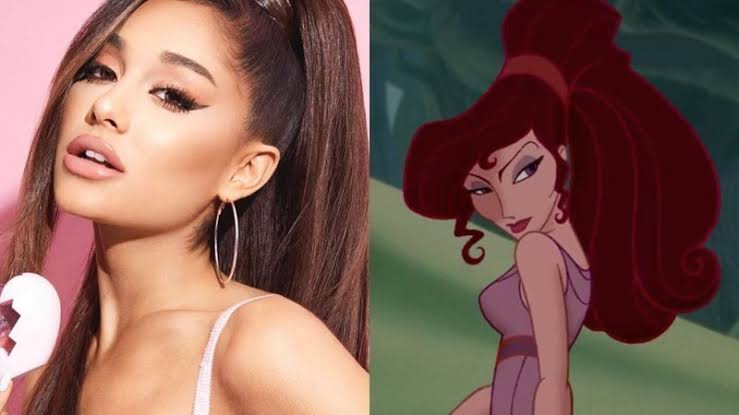 All the Ariana Grande fans know by now that she is a big fan of Disney’s Hercules. As of now, Disney can indeed plan to remake the classic animated movie in live-action. Looking at their history, they did the same for Lion King, Jungle Book, Alladin, and Beauty and the Beast.

As soon as the word spread about it, the fans swamped Disney with the texts that Ariana Grande is perfect to be Meg’s live-action version. According to the reports, she is “flattered” by her fans who want her to play Meg. She is also thankful to them for their gesture.

Why Ariana Grande’s fans think that she is the right choice?

All her fans are well aware that Ariana Grande is a huge Disney Hercules fan. She also sang Meg’s song, ” I won’t say I’m in Love“, which is quite viral now. These are some of the reasons that fans want her to play the part of Meg in the live-action remake. While having a conversation with an entertainment portal, Ariana says that she is a big Hercules fan. She also mentions that she is super happy to know that fans are loving her version of “I won’t say I’m in Love” as much as she loved playing it.

According to the sources, Ariana Grande already made her music debut, so acting in the new version of the film is not an impossible thing. She also addressed the fact that it was entirely flattering for her to know what her fans feel. However, it is evident that nothing of that sort has been finalized yet.

Must Read– Hercules Disney confirms: Here’s everything we know about the live-action movie.

Is Ariana Grande’s obsession with Disney the right reason for her to play the role?

A different source also told Entertainment Portal that Ariana has an obsession with Disney and even with music so she will be perfect for Meg’s role. It also said that it is too early to say anything about the casting because the show was nowhere near the launch. Even Josh Gad, who is also known for giving the voice over for Olaf in Frozen, gave out a word that Ariana Grande would be perfect as Meg.

This is the reason that the source says to the entertainment portal that Ariana Grande will be better for singing a theme song for Disney’s Hercules than acting for the movie. They also said that Ariana might not want to do the role. The reason for saying that was, she would not want to destroy her memories of the beloved original classic.