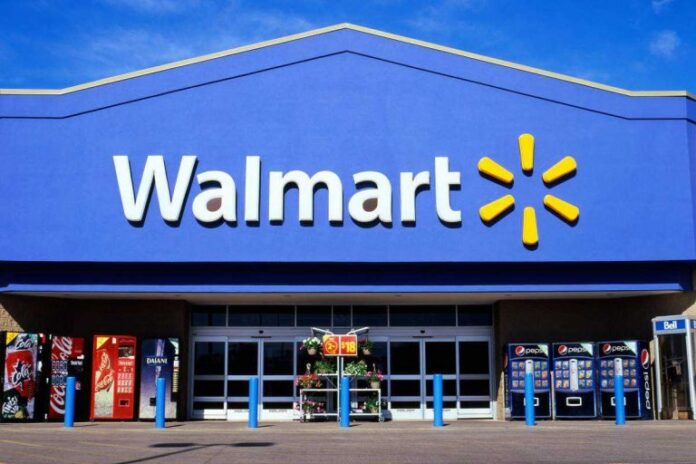 A woman named Sarah Lindgren, aged 61 of Oakdale, was at Walmart, shopping for thanksgiving.

She was scanning groceries in a self-checkout lane at the super-mart with her teen daughter.

There was more to her cart then the money in her account, but regardless of that she bagged up the discounted meat and headed toward the door in her motorized wheelchair.

Sarah knew what she was doing was wrong, but she was too desperate to care.

She said, “At that point, I was done. I was just tired and drained. I didn’t care anymore.”

An unexpected demise of Sarah’s husband a few years ago, all the family burden fell on her shoulders. She was taking care of her disabled daughter, her 18-year-old twins, four grandchildren, and a great-granddaughter.

With tight money flow, she was not able to get enough food for the entire family.

“It had been a while since we’d had a good meal,” she said. “I was determined to give them a good meal no matter what it cost me.”

Lindgren never asked for help as she did not want to be on any government benefits if she didn’t have to be.

“For me, I’ve always been able to maintain and help my family, but sometimes you just can’t,” she said. “You just don’t know how to ask for help.”

As she was exiting the Walmart, an employer stopped her and asked her to wait till the cops arrive.

Sarah was so frustrated and worn out that she didn’t care if she was sent to jail.

However, when her daughter, who is suffering from autism, started crying, Sarah reclaimed her senses.

“At that point, it just hit me that I can’t give up,” she said. “If I get taken away, what’s going to happen to her? It was a rude awakening. I had to keep going.”

Woodbury police officer Bryan Wagner arrived at the scene and listened to what Sarah had to say but wasn’t sure he believed her story.

“As a police officer, I am lied to often and tend to become skeptical of stories given by people who are potentially being arrested,” he said. “I released her from Walmart with a citation for theft. She was remorseful, and, from my experience, it was likely her first time stealing.”

Wagner started digging to find out if Sarah was lying or not.

“After going through research, I discovered that she was being completely honest with me, had no criminal history, no negative police contacts and was caring for many children,” he said.

Wagner could have left it there, however, he decided to help out the lady. He stopped by the Christian Cupboard Emergency Food Shelf in Oakdale.

“I was expecting pamphlets and education,” he said. “Staff and volunteers wanted to act immediately. They allowed me to shop for her and helped me the entire time, filling my entire front seat, back seat, and trunk of my squad car with food for the woman’s family, along with resources.”

Sarah got terrified when she saw the squad car pull up in front of her house. She thought that she’d be arrested for her activity and so she asked Wagner to give her some time till she found someone who’d take care of her children and grandchildren.

“He said, ‘Don’t worry about it, just trust me,’ ” she said. “I have a hard time trusting people. They are not always what they seem to be.”

She was shocked when she found out that Wagner was not there to arrest her, rather he brought groceries for her and her entire family. Sarah, out of her humbleness, shook her head and said no and thanked Wagner for caring anyway.

However, Wagner convinced her to let him help her out, following which she was overcome with emotion and broke down.

“She cried and hugged me for about two straight minutes,” Wagner said. “At this time some of her children were coming home from school and they all helped unload my car.” After finding the truth, Wagner voided Sarah’s citation for theft because he said it was not in her character to steal.

“He was like a guardian angel to me,” she said. “I’ve never seen an officer go out of his way the way he did. He’s my hero.”

Wagner said she swallowed her pride and went back to the food shelf to shop for Christmas dinner. She wants others to know that they don’t have to struggle alone.

“It has opened my eyes,” she said. “There are people out there that are willing to help if you ask.”

Wagner also was in the news in 2018 after he was seriously injured when his squad car was rear-ended by a tow truck.