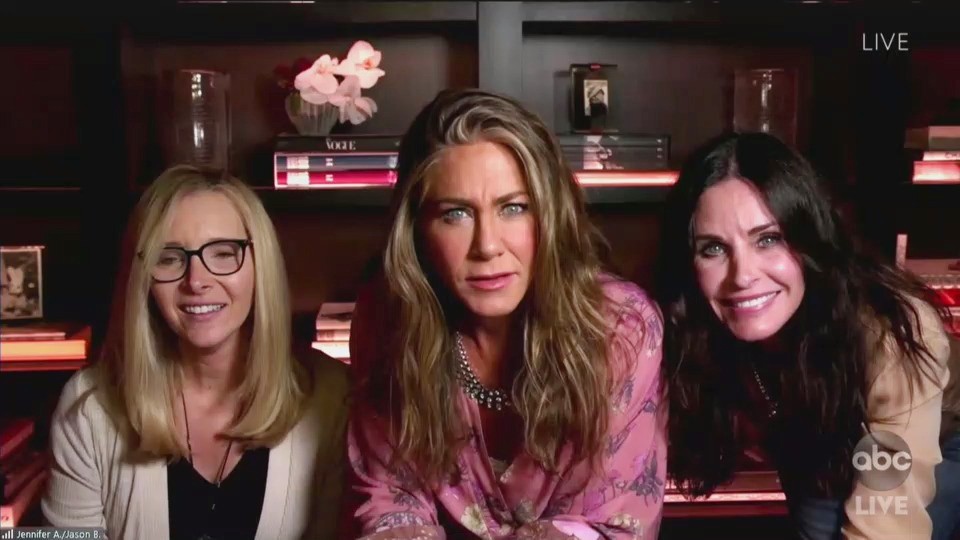 The 72nd Primetime Emmy Awards were declared on Monday. The event was hosted by comedian Jimmy Kimmel and attended by celebrities from the succour of their home. One of the highlights of the awards night was when Jennifer Aniston, Lisa Kudrow and Courtney Cox, Friends cast, reunited on-screen.

Jennifer presented awards in one of the categories with the show host and later made an appearance virtually while her category nominations were announced. Jennifer was in the running for Best Actress (Drama) for her part in The Morning Show.

Meanwhile, a mini Friends reunion was something that fans never expected. Jason Bateman also crashed Jennifer, Lisa and Courteney’s reunion at the Emmys. Take a look at how the co-stars from the hit sitcom got together. Courteney also joked that the three have been living together since 1994, which is when their show Friends went on air.

10/10 here for this mini @FriendsTV reunion at the 2022 #Emmys! pic.twitter.com/sIwiqaaq9B

It has also been announced that the cast of Friends will be reuniting for a special. The episode will supposedly be hosted by Ellen DeGeneres. The special will stream on HBO Max and has been delayed due to the coronavirus pandemic.

The show is taped in front of a live audience and due to safety measures, studio and makers are unwilling to invite people to film the live episode. However, once coronavirus threat recedes, the special reunion with Jennifer, Lisa, Courteney, Matthew Perry, Matt LeBlanc and David Schwimmer will be filmed. More details are awaited.