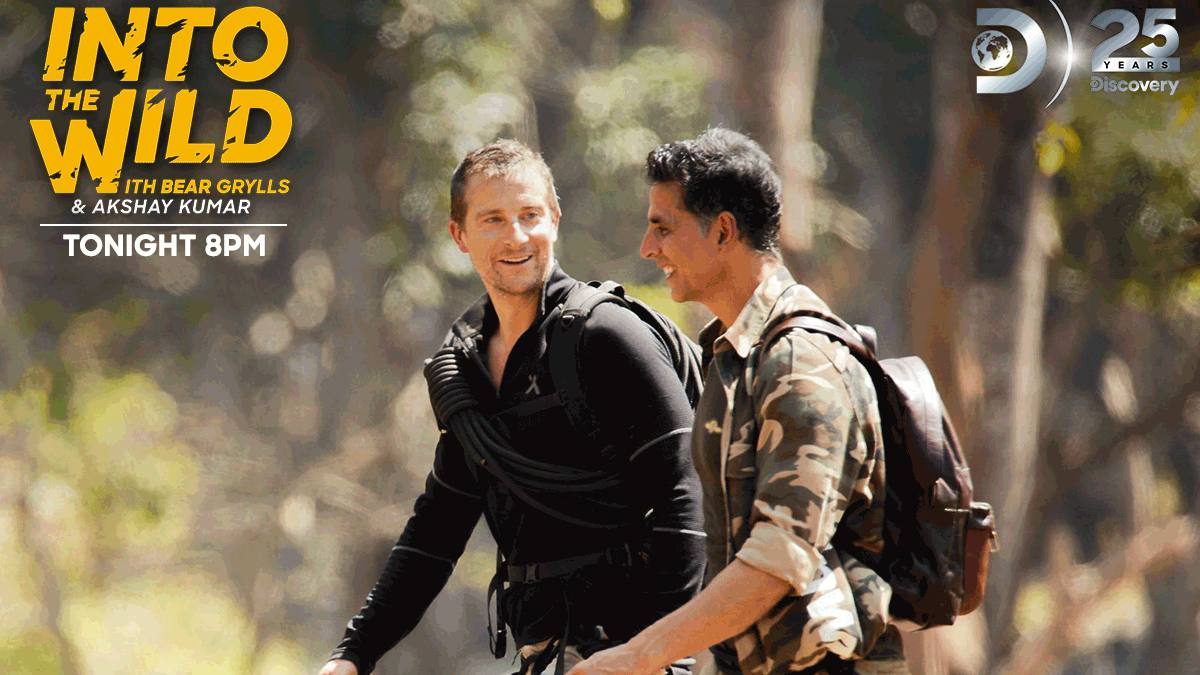 From making a reef knot to crossing a river full of crocodiles and drinking ‘elephant poo tea,’ Akshay Kumar did it all in the episode of Into The Wild With Bear Grylls. It was shot in Bandipur National Park and Tiger Reserve. Grylls called the episode a “classic military-style mission.”

Here are highlights from the special episode featuring Akshay Kumar:

Akshay Kumar shed light on his adolescence and how he got into films.

Before Akshay became Bollywood’s ‘Khiladi Kumar,’ he was a nomal kid. He was born and grew up in Old Delhi by a Kashmiri mother and a Punjabi father. Akshay revealed that he lived with 24 others in his house. He also told how he landed in Thailand to learn martial arts and how after became a waiter. “Women used to peck me, and that was the best tip I ever got,” the witty actor shared.

The actor got nostalgic and open about how he missed that part of his life today. “That life is the best. I know I have lots of money and everything, but that life is something different. I had so much freedom. That’s changed a little bit (now) because of me being a celebrity, and you have to have your security. Nevertheless, this life is great too.”

Calling his father his idol, Akshay Kumar also talked about his son Aarav, who is very different from him. The actor said, “He doesn’t want to tell anyone that he is my son. He wants to be away from the limelight. He wants to have his own identity, and I understand it. I let him be the way he wants to.” 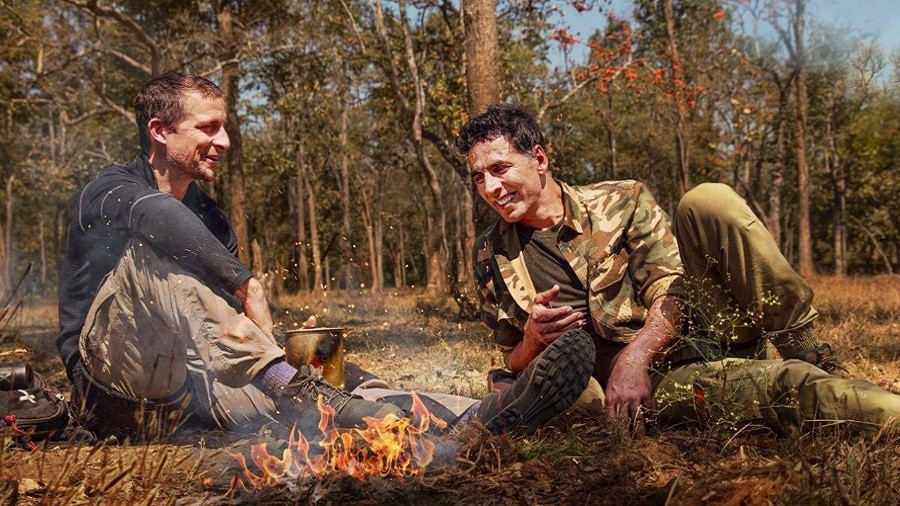 Akshay Kumar learned how to make a reef knot and a harness with a rope.

As part of the plan to travel through the jungle and reach the extraction point, the two needed to know the direction, and for that Bear made Akshay climb a tree to find the river. He also made the actor learn how to make a reef knot and a harness with a rope. Akshay had declared himself a devoted student of Bear.

Bear and Akshay ziplined over a river with crocodiles.

Though Bear Grylls is used to ziplining, it was a new thing for Akshay since he feared the crocodiles in the river. He, however, managed to cross the river.

Akshay gave what looked like gond ladoo to Bear as ‘ayurvedic balls’ made of apricot tree’s gum. He told to Bear that they are a source of instant energy. Akshay Kumar warned him on how eating more than one per day can lead to “shitting blood.”

The two managed some elephant dung, made fire with it, burned it, boiled it and even drank it! Though Bear thought it tasted terrible, Akshay felt otherwise. According to the duo, it gave them a “kick”.

Akshay Kumar learned how to cheat elephants by staying low and quiet.

Akshay and Bear had to cross a river which had elephants on its bank. Bear told the actor they had to stay calm and silent, and keep themselves immersed in water to hide their smell.

When Akshay Kumar made to complete a task during the episode, Bear rewarded him with a video message. These he had collected specially for the episode from the actor’s near and dear ones. These included clips are featuring wife Twinkle Khanna and Akshay’s friends Suniel Shetty and Katrina Kaif. All of them called Akshay the fittest star in Bollywood. 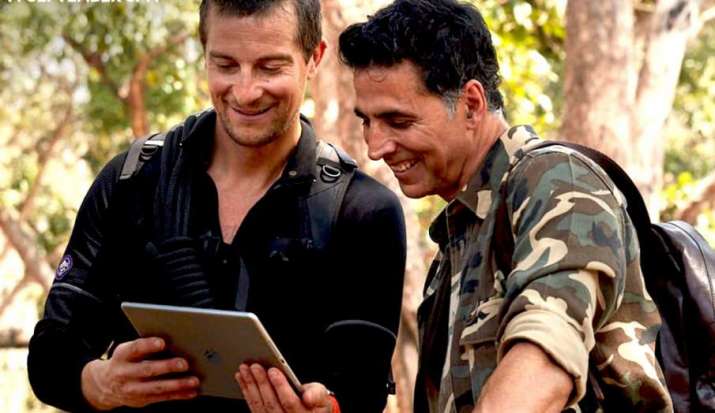 Akshay Kumar his most special film and his good deeds

Picking Padman as his most special movie, Akshay also spoke about his various good deeds, including Bharat Ke Veer.

The Into The Wild With Bear Grylls episode featuring Akshay Kumar aired on Discovery Channel at 8 pm on September 14.