Home Top Trending Jeremy Corbyn would be a stain on us all: MAUREEN LIPMAN blasts... 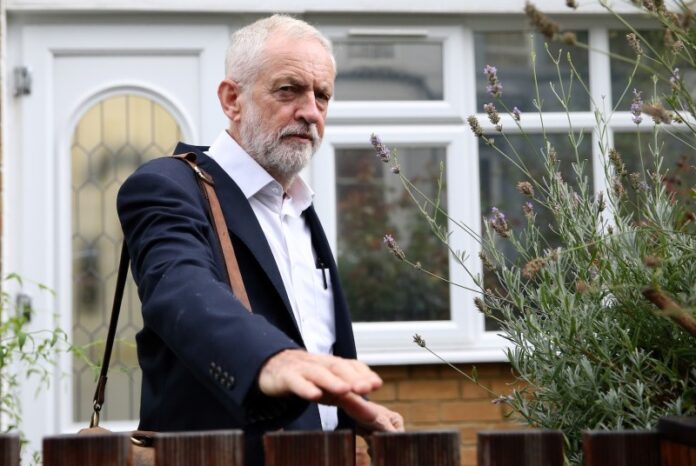 This week has a particular sense of emotion for Jews. The reason behind this is not the upcoming election, but because it’s the week before Chanukah- a festival to remember the Jewish uprising against our Greek oppressors in the second century BC.

This is usually the time dedicated to preparing — frying potato latkes, searching for our dreidel spinning tops, and polishing our menorahs.

But sadly, this year, all of that has been put aside.

Ever since the election was called, Jeremy Corbyn has been deliberately ensuring that the campaign descends into crass, avoiding discussions about anti-Semitism.

There is an endless list of damning charges of anti-Semitism levied against Corbyn and his party. Even if I wanted to list them all, this page doesn’t have sufficient space.

However, what horrifies me the most is that despite all the evidence against Corbyn, his supporters still chooses to call him an ‘honorable man.’

This behavior of his supporters can be explained by one simple fact: in the Labour Party, anti-Semitism is not seen as racism.

What they call it is simply the embodiment of anti-capitalism, anti-colonialism, and anti-Westernism.

It is a well-known fact Jeremy Corbyn the honorable man, who has voted against his party countless times over the past years, and as now he is the leader, he refuses to tolerate any dissent at the party.

That is the very embodiment of Jeremy Corbyn, who, you must remember, is a very honorable man.

He is such an honorable man that he has taken has appeared several times on Iran’s state-owned television, and he courted the IRA during the worst of their bombing campaign in Britain.

He is the honorable man how defended a mural depicting hook-nosed bankers. He is that honorable man who is happy to be photographed holding a wreath just a few feet from the graves of terrorists who murdered Israeli athletes.

The honorable man who doesn’t even know the British national anthem, the national anthem of his very own country, the country which gave him everything, but knows every single word to The Red Flag, in Spanish.

As we are told, he is the same honorable man who has fought racism all his life and has himself said that anti-Semitism is ‘vile’- even then, he has allowed the proliferation of the exact opposite though in his party and among his party members and representatives.

He is that honorable man who calls Israel an ‘apartheid occupier.’ However, it is a well-known fact that Israel has been defending its border for seven decades.

(Indeed, it’s a classic move in the Corbyn playbook. Israelis are always portrayed as the aggressors. While few Israel based terrorist organizations like Hamas and Hezbollah, whose unwritten constitution states that the Jews should be destroyed and driven into the sea, are ‘friends.’)

Despite all of this, somehow, Britain’s Jew has refused to become victims.

If such man can allow such a monstrous ideology is his party, what he impose if he is chosen the Country’s Prime Minister? It’s a question now that falls upon the voters, the citizens of Britain, do we want this man to lead our Country? Do we want our children to follow his leads? Or do we want a better future?