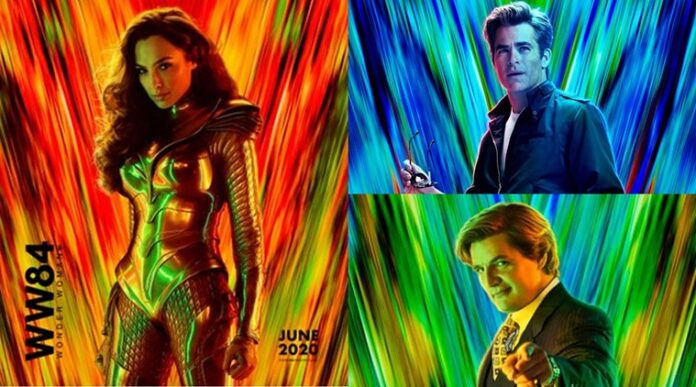 Wonder Woman, Princess Diana of Themyscria, sometimes known as Diana Prince, and in this lifetime, known as Gal Gadot, is back with a bang with a new trailer for the second instalment of the franchise, releasing on next summer. The second part is named “Wonder Woman 1984”. The release was revealed by Gal Gadot and the director of the franchise, Patti Jenkins, at Comic-Con Experience CCXP 2019 in São Paulo, Brazil.

Wonder Woman’s most significant rival of all time The Cheetah is played by none other than Kristen Wiig, but so far, we have only seen her as Diana’s friend. The villain, Max Lord, is played by Pedro Pascal, who is currently knocking pop culture dead on The Mandalorian.

Moreover, what has won our hearts is the beautiful 80’s set up in the movie. The WWII setting seemed quite dangerous, while the visual direction here seems pleasingly colorful, and the choice of timeframe permits the use of pop music from the olden time.

Warner Bros has maintained their suspense on the movie details. Still, the studio did offer this one-line summary of what fans should expect: “Diana Prince comes into conflict with the Soviet Union during the Cold War in the 1980s and finds a formidable foe by the name of the Cheetah.”

Cheetah is known in the DC universe as one of the Wonder Woman’s greatest rival, initially seen in Wonder Woman #64 back in 1943. This will be the first time we’ll be seeing Cheetah in a live-action movie alongside Wonder Woman. Former Saturday Night Live cast member Kristen Wiig will be playing the role.

Wonder Woman 1984 will be the ninth entry in the DC Extended Universe, following Shazam, which released earlier this year and Aquaman in 2018. The sequel stars Gadot alongside Wiig, Pedro Pascal, and Chris Pine. This sequel will mark the fourth appearance of Wonder Woman in DCEU following Batman v Superman: Dawn of Justice, the first Wonder Woman film in 2017 and Justice League a few months later. It will be released on the 5th of June, 2022.

The teaser clip was shared by Gadot, which was about a length of 24 seconds. It not only shows us Gal Gadot starrer Wonder Woman fighting crime in real slow-motion movements but her action with the Lasso of Truth while striking lightning.

The teaser also shows us a glimpse of Maxwell Lord. Maxwell is Pedro Pascal’s new villain. At the end of this shorter teaser, they announced the release of a full-length trailer later. They displayed it in a vibrant colourful font. It was presented with an 80’s era vibe electronic pop track playing in the background.

Patty Jenkins, who directed the first installment of the series, returns as director for Wonder Woman 1984, co-writing the screenplay with long-time DC Comics writer Geoff Johns and screenwriter David Callahan. Jenkins was on-board with Gal Gadot at CCXP to talk about the film.

“Wonder Woman takes on some of her greatest foes, and she tries to save them and everyone in an epic battle… Because this movie is set in the 80s, we set out to make a grand epic experience [like] they did in the ’80s.”

On that point, Jenkins tells that what brings the film to life are a lot of practical stunt works. The director did not reveal how Chris Pine’s Steve Trevor will return as part of the story, given that he died in the first part, and that his inclusion in WW84 won’t be a gimmick.