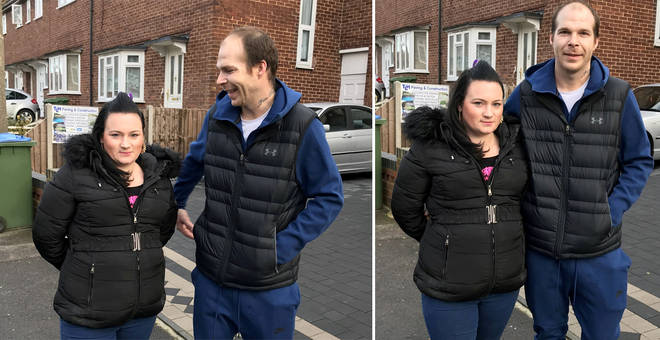 A jobless man, who is also the father of eight is still claiming £3,000 a month in benefits, despite winning £3.75 million on a gambling website last year.

He spent £58 on Bet365’s Reel King Slot during his first time on the site and had won the lottery on 10th October this year.

Despite their win, Thomas and Shelley (Thomas’s Wife) are still claiming benefits.

However, the duo claims that even though their income support has stopped, they are eligible to claim child benefit, child tax credits and disability living allowance for some of their kids.

With the jackpot money, the family has bought a six-bedroom apartment in Dover, Kent, and are all set to leave their Eltham council house next week.

While expressing his luck, Thomas said, “We were new to the slots. It was about 1:30 am in the morning we got on there, obviously, we had kids to sort and stuff. Next minute you know, we’ve become millionaires.”

He added that he was so happy that he probably woke the entire neighborhood.

He said the experience was surreal for him as no one expects to win that, just under four million quid.

“It means a lot, yeah. I’ve got eight kids; we still get to keep our benefits – other than income support.

“I’ve barred myself from going back on Bet365 already – I’d rather go and spend my money.”

To confirm if the money has come in, Thomas called the bank, and as he was talking, the money started flowing in simultaneously.

And in just about five minutes, while he was in the bank, all the money had flown in his account.

Thomas said, “We’ve never had a new car – we’ve always had a Beetle. I only do the school run with it, shopping and take it once a year to a VW festival.

“But since winning, I’ve gone out and bought a van and cars for me and my brother, one for my sister. I’ve bought five vehicles.

“I bought a house, bought myself a Raptor – a road legal quad bike. I’ve got nowhere to store it, so that’s in the back of the van!

“We’re going to de-clutter this house and give it back to the council. Then I’m going to invest money into buying homes and renting them back to the board, and then look for any investments to bring money in.

“It came in as a bonus. At first, it said we were only going to get £16, and then I went to the toilet and came back, and it was rolling in slowly as the jackpot – it said ‘Jackpot King.’

“We had never won anything on it before. It happened in October, and within two weeks, we’d bought our house. We’re going to sign paperwork for it tomorrow.”

Thomas’s wife, Shelley, who grew up in Woolwich, said that the money that she gets is tax-free money.

They went to the HMRC and also benefited offices.

But, the only thing that did stop was income support.

She added that the benefits were for their kids, as its child benefit and child tax credit.

“I tried to stop it, but they said it’s for your children. They said you don’t have to stop child tax credit because it’s for the children.

“It’s not an income for Dad and me – income support is for him and me. Child tax credit and benefit is for the children.

“My housing benefit has stopped. We’re doing everything right and above board.”