Home Entertainment Celebrity Noah Cyrus And Machine Gun Kelly: Are They Dating, What Did They... 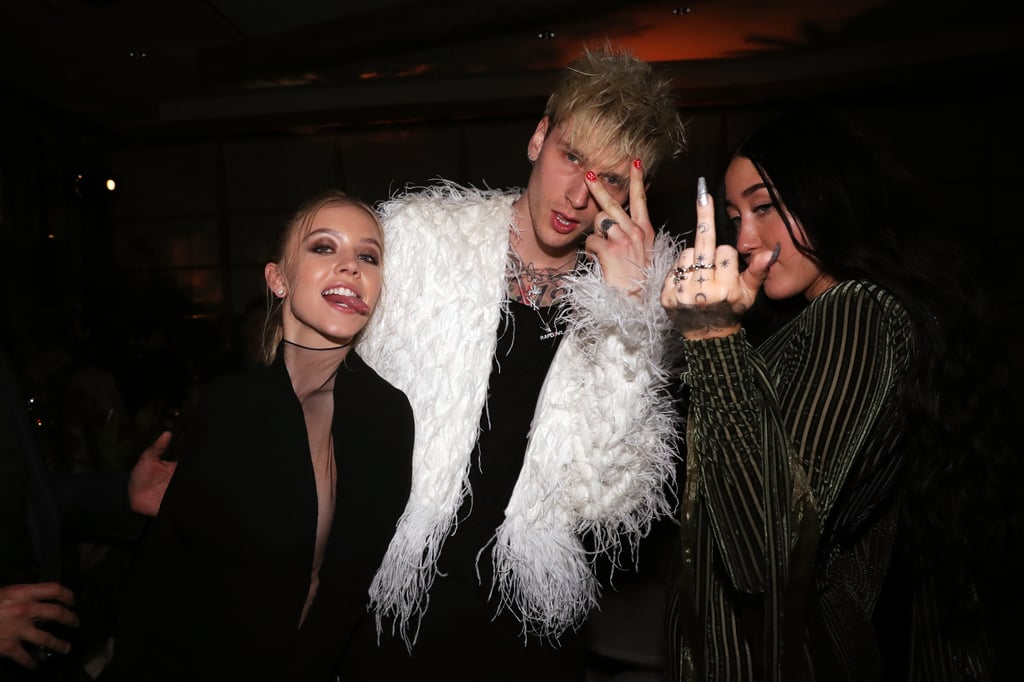 They both give a kind of pose and statements by which there are rumors that they both have a relationship in between.

Noah Cyrus And Machine Gun Kelly, are they have something?

Well, there is nothing like official, but there are many thing which gets our attention that they both have a relationship in between. There are some moments which we want to cover. This is common that they both join the grammy award function because they both belong to music industries.

But they both were continuously setting with holding each other’s hand, and later they attended the Sony Music Entertainment party and visited the Republic Records event together.

bruhhh – i was at a loss for words when you played me your new music and ill never forget how proud you were showing me the songs for this album, making music that YOU LOVE!!! im so happy for you and so happy your incredible album is out in the world. you work your ass off and it shows. youre a rockstar. ilysm &&& thanks for being a dope ass fuckin friend. CONGRATS COLSONNNNN ????? @machinegunkelly hotel diablo out noooow (..ps.. i cant wait for them to hear our song ?)

They both are seeing each other so much like nothing matters so much to them and like they don’t have the other friends.

What happened in the filming of a music video?

The very confirming seen about their relationship happened in the filming of the music video with MKG.

The music video of MKG “I Think I’m Okay” was released in June 2019, where Machine Gun Kelly was very-comfortably lying over Noah’s lap, and the amount of intimacy between both were marvelous.

Even after the director said cut for the seen, they both were the same in the position they were and showed their love to each other in front of everyone. It was a cameo of Noah’s into that music video. She has also posted some pictures with MKG and captioned it with the emojis of love.

They Celebrated Cyrus’s birthday together.

In the starting of 2020, Kelly has posted a photo in which they both are looking too close to each other. It was the birthday of Noah Cyrus. In that picture, they both are surrounded by many people, but they don’t care about each other and give hugs. It’s quite cute.

They haven’t confirmed the relation yet, but it’s not looking too ordinary. It seems like they love each other so much. So this is it. Stay tuned with us to get to know more about them.