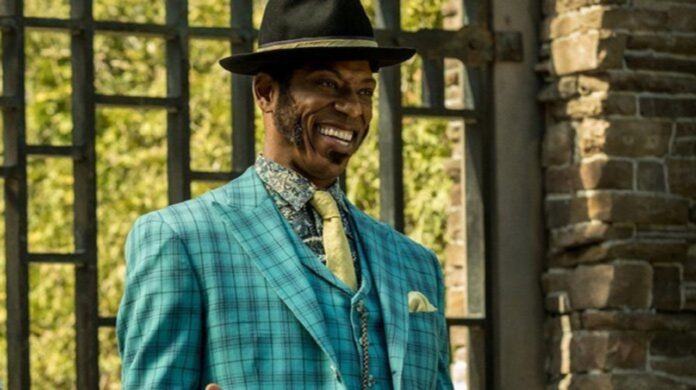 Various Controversy had arisen when American Gods’ fame Orlando Jones was fired from the third season by the new “white” showrunner Charles Eglee.

However, the studio claims that the firing of Orlando James is not racially motivated, but it is about the new story that has resulted in his exclusion from the series.

The spokesperson of the company in an interview with Deadline said, “The storylines of American Gods have continually shifted and evolved to reflect the complex mythology of the source material.” They further added, “Mr. Jones’ option was not picked up because Mr. Nancy, among other characters, is not featured in the portion of the book we are focusing on within Season 3.”

To express his anger on being fired from the series, the actor went online to make public his exit from the now Chic Eglee shown series.

He said that he has never been invited to join the Toronto-based production of the third season, Jones cited the reason behind him being fired is a clash with Eglee.

There have been contrasting reasons offered by both Jones himself and American Gods’ production studio Freemantle for Jones’ departure.

In a posted video, Jones said that Freemantle believed Mr. Nancy’s “angry, get shit done” approach was the “wrong message for black America.”

“This white man sits in that decision-making chair, and I’m sure he has many black bffs who are his advisors and made it clear to him that if he did not get rid of that angry god Mr. Nancy he’d start a Denmark Vesey uprising in this country. I mean, what else could it be?” Jones said.

However, the spokesperson of the production house came forward to provide an alternate explanation said, “The storylines of American Gods have continually shifted and evolved to reflect the complex mythology of the source material.”

“Mr. Jones’ option was not picked up because Mr. Nancy, among other characters, is not featured in the portion of the book we are focusing on within Season 3.”

Freemantle, while talking about the upcoming season, further clarified that American Gods season 3 would cover the Lakeside arc of Gaiman’s original novel.

Lakeside is a mysterious town that is used by the protagonist, Shadow Moon (Ricky Whittle), to hide from the New Gods while Mr. Wednesday (Ian McShane) travels the country trying to convince other Gods to join their war.

American Gods have been a story running at what we call ‘a snail’s pace’ through Gaiman’s book with the first two seasons only covering about a third of the story’s 800 pages.

Since the premiere of the installment, Jones with the show and also served as a producer.

American Gods have been having a tough time retaining their writers and producing talents.

Orlando Jones has been the first one to leave the show after the departure of Gillian Anderson at the end of season 1; however, Gillian’s departure was willing and in response to Bryan Fuller’s leaving.

Whatever controversies went down there, it’s reassuring that the American Gods’ struggles continue apace.