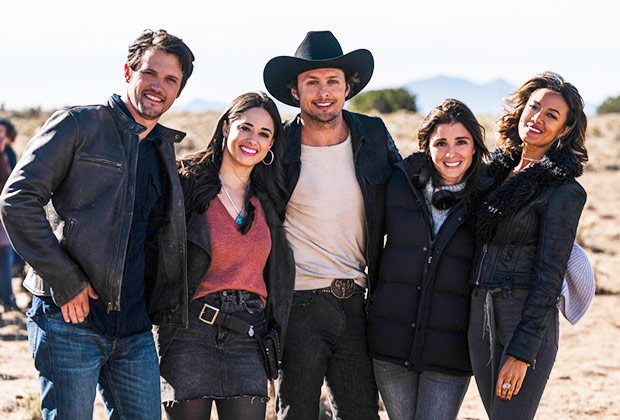 The series revolves around Liz Ortecho, who has just returned to her hometown and reunited with her schoolmates. Among them, there is a guy named, Max, on whom Liz is having a crush from school time.

Very soon she came to know that Max and his siblings are aliens and are having extraordinary powers. Although she decides to keep the secret of Max to herself only. She thinks that if this secret gets revealed outside, then there may be a threat to all of their lives.

What’s so concerning about the sixth episode of Rosewell, New Mexico?

The episode 6 of season 2 of Rosewell, New Mexico is on the cards. The episode is titled, ‘Sex and Candy’ and it is enough to alter our imaginations and give them new directions.

Although the plot of the show and the title don’t correlate much. The starting of the episode will be Maria’s desperate investigation of the sudden disappearance of her mother. The investigation eventually leads Alex and Maria to a bizarre yet mysterious Travis. He is a bootmaker by profession.

Isobel ends up being with someone else which was unexpected and some steamy scenes are expected between the two. Also, some scientific strides will give a blow to Liz. The season 2 is eventually getting better and more sensible with each passing episode.

You are advised not to miss the streaming of this episode only on CW.

The sixth episode released on 20th April, Monday. The episode ended up showing Maria and Alex at a house of a mysterious bootmaker and the episode got aired at 9:00 pm (US) on CW.

You can also watch it online on Google Play, iTunes and Vudu. Also, the episode will be available on the official website of CW.

Here is a promo of Season 2 Episode 6.