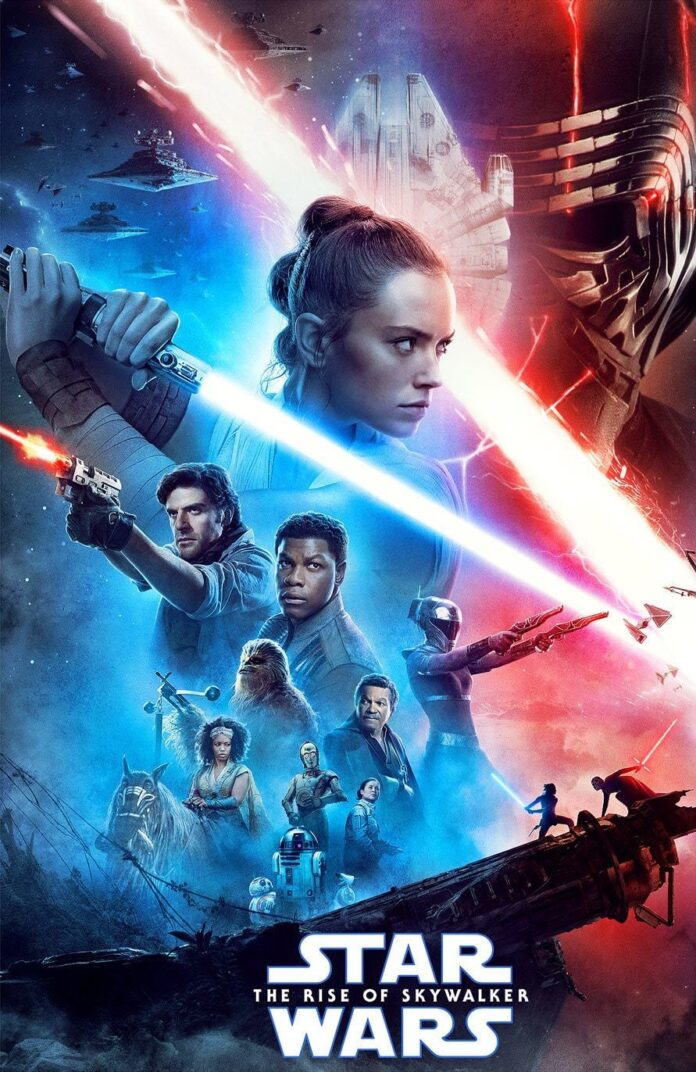 Star Wars: The Rise of Skywalker, the ninth and final installment in the series of Star Wars saga, is all set to blow our minds! Get ready to end the fantastic journey with the most thrilling experience. The Rise of Skywalker is the perfect combo of every twist and turns and fully loaded action of one of the best movie series of all time.

STAR WARS: THE RISE OF SKYWALKER: Cast and Crew

Additionally, Dominic Monaghan has been cast in an, as yet, undisclosed role.

Matt Smith is also rumored to have been cast in an unknown role.

Previously, rumors were there that Rian Johnson was to replace Trevorrow as director. Still, on September 6th 2017, it was announced that the director of The Force Awakens, J. J. Abrams, would return to direct Star Wars 9. Following these issues, the movie release date was moved to December 2019.

J.J. Abrams and Chris Terrio are the two screenplay writers. Before the story team began writing the new script, they met with George Lucas. Interestingly. In a recent interview with Daisy Ridley, she said that much of the story was re-written during filming.

STAR WARS: THE RISE OF SKYWALKER: Plot, and what can we expect?

We will see the remnants of the Resistance facing the First Order once again. They will reckon with their past and their inner turmoil. Meanwhile, the conflict between the Jedi and the Sixth will reach an ultimate climax brings the Skywalker saga to a definitive end.

However, J.J. Abrams has been silent about many details on the film. But we hope that this last plot satisfies Star Wars fans all over the world and justifies everything they have ever worked for.

There have been numerous theories revolving the name: The Rise of Skywalker. It claims that the plot of the last part will center on a whole new faction of Force, the ones we have not seen before. This Force will neither go under the name Jedi nor Sith, but will instead be called ‘Skywalker.’ It is expected that he/she will be the last known Jedi and final apprentice of Luke Skywalker, most likely led by Rey.