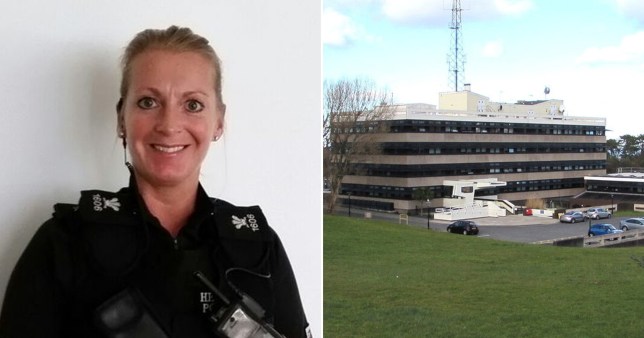 In a recent turn of events, a piece of shocking news has come to our notice.

A female police officer was found having a ‘physical relationship’ with a vulnerable man while on duty.

The Officer named PC Andrea Griffiths, aged 44, has quit before her misconduct hearing on the case of her having a relationship with a victim of abuse on 29th June 2015.

The victim has reportedly had a history of physical abuse and was petrified following the incident.

The legal representatives of the North Wales officer told the disciplinary hearing that to avoid ‘further embarrassment,’ she had chosen to step down.

Her statement read, ‘I accept gross misconduct and deeply regret that it happened. ‘To avoid further embarrassment to everyone, I have resigned forthwith from North Wales Police.’

She said to the panel that she accepts having improper contact with the man, and she ‘deeply regrets’ her actions.

The hearing labeled PC Griffiths actions as ‘fallen below professional standards of integrity, authority, and courtesy’ and shown ‘discreditable conduct.’

Amy Clarke, the Presenting counsel for North Wales Police, said, “The force accepted her resignation with immediate effect and accepted the admission on a ‘limited basis.'”

Griffiths was accused of having intercourse with the victim both on and off-duty.

Their personal relationship started when Griffith was tasked with being his liaison officer in 2015.

Griffiths has been a police officer since 2001.

She was managing the man who was an alleged victim of historic physical offenses.

According to the North Wales Live reports, Griffiths was in a ‘position of trust,’ and she had ‘particular knowledge of the vulnerabilities of the complainant,’ the hearing heard.

Susan Davies, the chair of the meeting, said that both the Officer and the victim were in a consensual relationship.

However, Griffith’s breached standards of honesty and integrity’ by choosing not the distance herself from the man, instead of developing a relationship with him and having intercourse with him both on and off-duty.

After the hearing, the Deputy Chief Constable Richard Debicki of North Wales Police said: “Firstly, I would like to apologize to the victim in this matter who was severely let down by the person who was entrusted to support him. ‘Society puts great faith in police officers to work with members of the public, often when they are at their most vulnerable. ‘The majority of our officers do a fantastic job of supporting those in need of help and in doing so, always strive to retain the trust and confidence of the public. ‘Unfortunately, in this rare case, the action of a former police constable breached this trust and fell far below the highest levels of professional behavior we and the public rightly expect from our police officers. ‘It is unacceptable to the force that an officer should act in a way that undermines the excellent work of the vast majority of our staff who serve our communities with integrity.”