Home Entertainment Explanations The Invitation: What Did The Red Lantern Mean In The End? 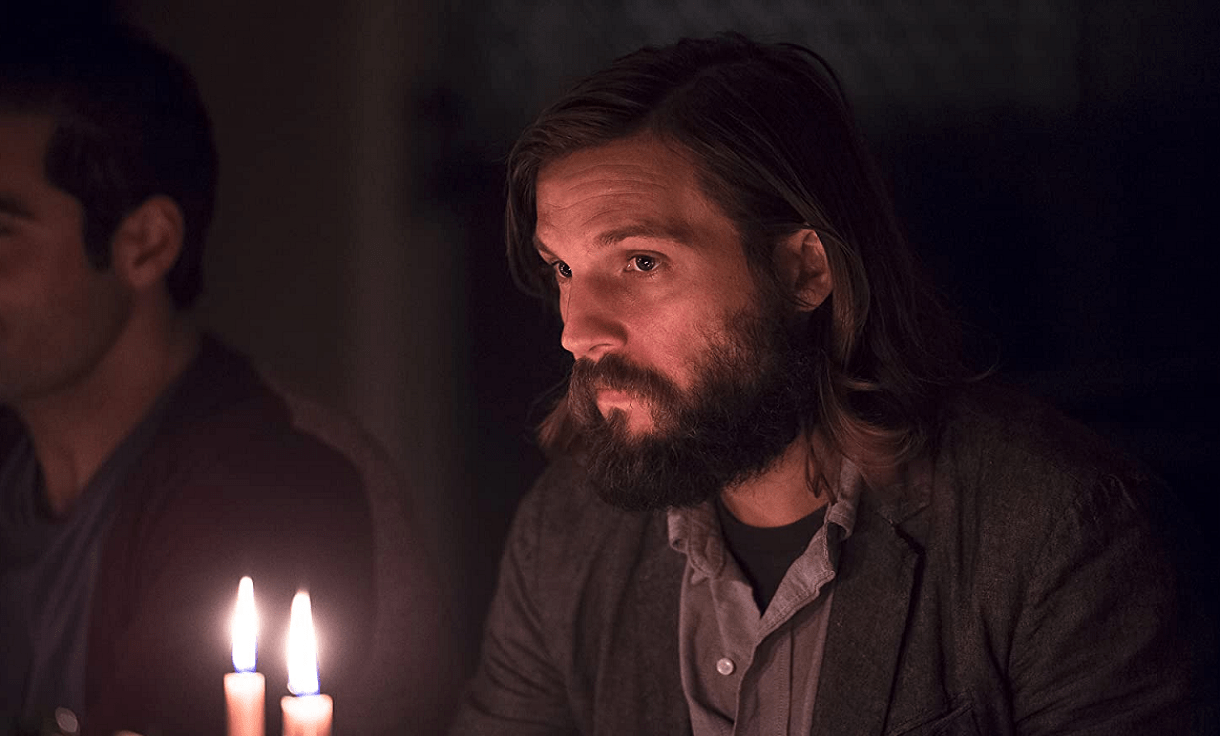 Imagine getting an invitation for a reunion with all your friends from your ex-wife, which turns into a sinister cult ritual. The Invitation is all about this. Despite being a tense horror movie, Karyn Kusama‘s The Invitation has a dark twist at the end.

The movie does have some loose ends. And what did the red lantern mean? Continue reading to know more.

Will, along with his girlfriend Kira, drives to a reunion party hosted by his ex-wife Eden and her husband, David. Other guests were Tommy, Miguel, Gina, Ben, and Claire. Two of David’s friends, Sadie and Pruitt, also joined the party. David met Eden in a support group. Sadie and Pruitt are also a part of that group named ‘The Invitation.’

Will wanders in his former house and relives many moments like the death of his young son Ty and Eden’s suicide attempt. Throughout the movie, Will suspects something off with David and his friends.

Later, Will receives a voice message from Choi that he reached Eden’s early. Will confronts Eden and David and asks what they did with him. After all the chaos, Choi arrives late as he had gone back to his office because of some work. Will is embarrassed about whatever he said to Eden and David. He then apologizes to both of them.

After this, Eden and David serve everyone a drink. Will speculates that something is in the drinks. He then breaks everyone’s glasses. Sadie aggressively attacks Will, and Gina fell unconscious as she sipped the drink. David shoots Miguel, Choi, and Ben.

The tension grows subsequently between the survivors. The survivors attempt to escape the house, but all the doors and windows are locked. Will overhears David telling Eden that whatever they’re doing is the only way they can be freed from their pain. Kira beats Pruitt to death while Tommy stabs David. Eden shoots Will in the shoulder and then herself.

What did the Red Lantern mean?

In the end, when it all seems to end, the sense of relief is immediately cut off. While gazing at the Hollywood Hills, Will and Kira see that there are several red lanterns in the darkness. They could hear screams, gunshots, and several sirens prevailing. It comes to their knowledge that they were not the only ones in this.

Earlier we saw that before the drinks were served, David lit the red lantern. This indicated that it was a sign for the commencement of the sinister events. The cult group ‘The Invitation’ has brainwashed many people in LA. This small isolated incident was just a tiny part of the big conspiracy by the cult. All the red lanterns in the darkness are very disturbing yet compelling.