Home Entertainment Celebrity ‘The Witcher’: Henry Cavill Loved His Costume So Much He Took It... 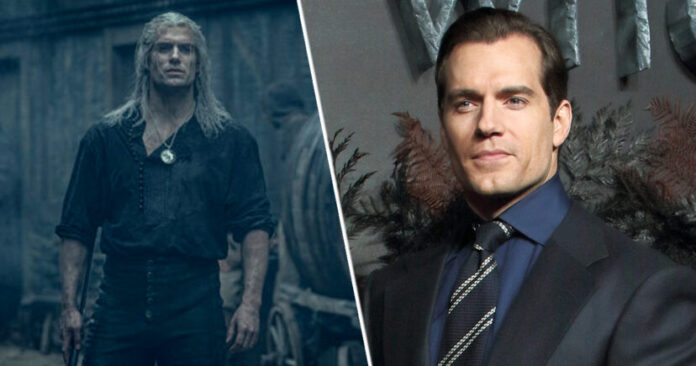 A piece of amusing news has come forward regarding The Witcher’s Henry Cavill.

Talking about his Gym-related issues, Henry Cavil said, “Despite all my very best intentions for 2019, I haven’t exactly been the most regular gym-goer, and am currently sinking into a complete fitness hiatus until the very last mince pie has been digested.”

Well, from Cavill’s image in the industry, this probably isn’t something he can relate to.

Henry has always been quite literally too buff for his clothes to handle.

Henry Cavill aged 36, to truly embody the character of Geralt of Rivia for Netflix’s new show, he bulked up big time.

His dedication has been to the extent that his bulging muscles repeatedly wore down his leather costumes to the point of replacement.

Reflecting on how he created Geralt’s ‘dangerous’ look, Aslam said, “Hair and makeup stuff has become an essential component of becoming the character in the morning. One, because it takes so damn long, and two, it’s such a particular look. I wanted to make sure Geralt looked like a witcher who was a badass and still remained raw.”

Henry, when asked about the incident, told, “I took it all home, yeah. It’s not so easy to put on. And it took two hours of hair and make-up every day, so that’s just sitting at home looking cool.”

He meticulously made the design of the costume such that it had to be practical enough to wear day in, day out.

Hissrich said, “We had to make sure we could have something that stayed true to the books but [was] also very practical.”

He further added, “We have something that books and video games don’t have — actual actors who have to wear these things and perform in them on a daily basis.”

Hissrich said that he spotted Cavill preparing breakfast and even having asleep while still in is armor and referred it as an ‘amazing’ sight, in a bid to give the costume ‘a sense of bespoke history’.