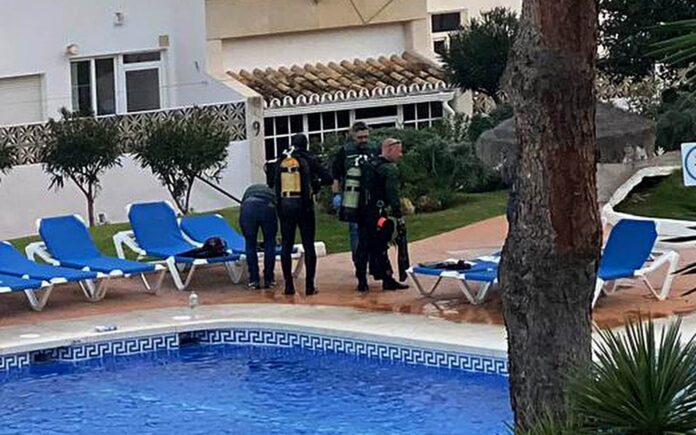 The trio drowned in the swimming pool on Christmas Eve.

The woman was seen praying for them as another tourist performed CPR.

According to Josias Fletchman, aged 35, said that the woman ‘stayed calm’ and touched her loved and prayed for them when another tourist was giving them CPR and trying to save their lives.

The horrific incident happened around at around 1.30 pm at Club La Costa World, which is a sprawling holiday resort overlooking the Med a short drive from Fuengirola. 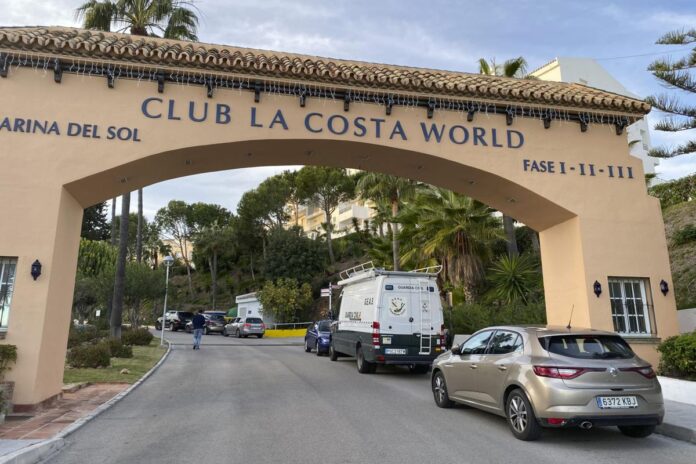 The woman’s nine-year-old daughter got into difficulties in the resort’s swimming pool. To save her, her older brother who was 16, and her father aged 52 jumped into the pool.

A tourist from Manchester, Mr. Fletchman said he returned to the apartment block as staff at the Club La Costa World complex were pulling the three out of the water.

“She was calm. She was touching their bodies. She continued praying even after the ambulance people arrived and had stopped trying to revive them,” he said.

“She exercised her faith to the limit. I was performing CPR on her husband but I’m a believer and I prayed as well.

“She strengthened me in the way she reacted. It just wasn’t meant to be.”

The child’s mother raised the alarm when the accident happened and is being interviewed by the investigators. 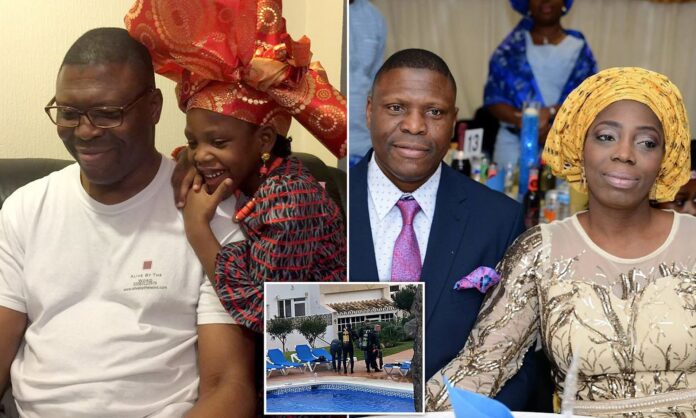 Eni Raja is a 22-year-old who is originally from Norway but now living in Birmingham while talking about the tragic accident said, “I saw the bodies with the three white blankets over them.

“They were by the pool and the man’s bare foot was sticking out from the blanket he was under.

“The mum was crying. I can’t get the image out of my mind.”

The family of five checked into Club La Costa World on 21st December to spend their Christmas Holidays and were due to stay till Saturday.

The mother has been devastated by the sudden death of the loved ones and is now spending time with trained counselors who are helping her to come out of deep anguish.

Other relatives of the family are on their way to Spain from the UK. 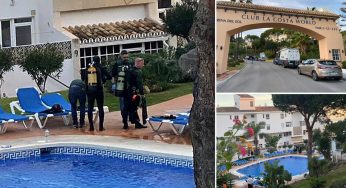 Police were keeping an open mind on the reasons for the triple tragedy and are investigating the scene.

However, Resort chiefs have said they had been told there was no anomaly with the pool circulation system.

Police have permitted for the pool to be re-opened.

The pool’s entire circulation system was perfectly diagnosed, and also the full skimmers and drains were checked for any potential suction problems which could be deadly for young children.

Also, the investigators have searched any possible clothing item that might have got stuck in the drain and taken water samples to test ahead of the autopsies, which were due to take place at Malaga’s Institute of Forensic Medicine.

Jose Millan, spokesman of Costa Club World was unable to offer any explanation for what had occurred.

He said that the hotel staff and everyone else is full-cooperating with the police investigation and insisted he was not aware of any problems with the pool.

“The pool has all its paperwork in order and what we know from the Civil Guard is that there is no anomaly with the pool suction system which press reports have highlighted. 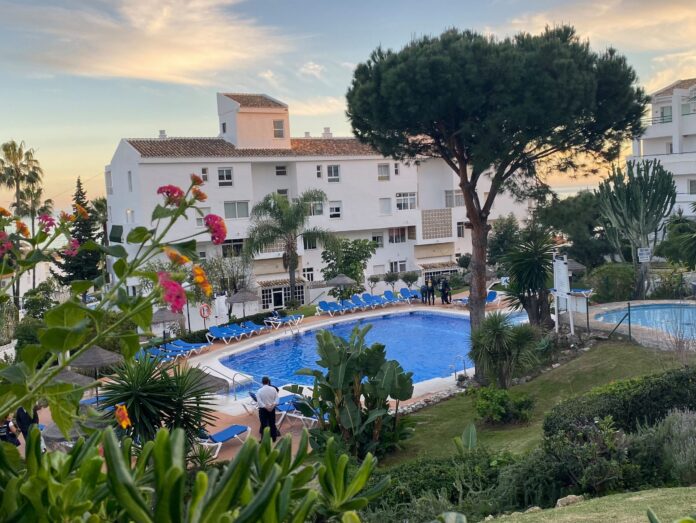 “There’s never been a problem with the pool and we receive hundreds of guests every week.

“It’s been functioning for years and it’s checked regularly.

He added: “This has been a terrible occurrence and staff and some guests are receiving psychological support along with the family.

“Other relatives are going to be arriving soon to be with them.”

The Foreign and Commonwealth Office said: “We are offering assistance to a British woman following an incident in Spain.”