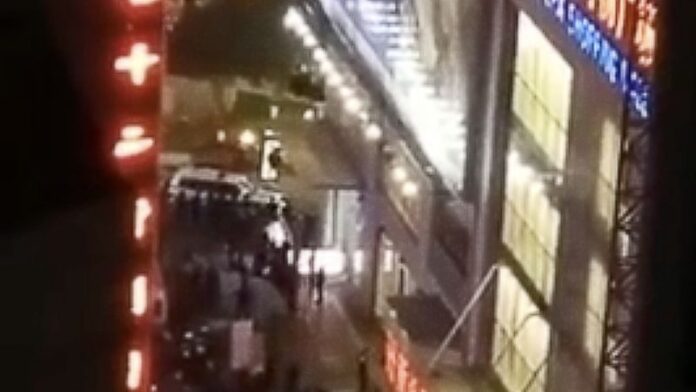 On December 24 evening, Tuesday, when the whole world is waiting for a day of Christmas, two schoolgirls lost their life because of injury in Shapingba district, Chongqing. It is a city of China.

A policeman who was at that place said, “A man threw himself from a high-rise building in building in southwestern china and landed on two teenage girls who were completely unaware of that guy.”

According to The Beijing News, One of the victim’s girl was 17 years old Zhang and a second was a 15-year-old girl with the last name Huo.

Full Seen Of The Tragedy

As the building was so big and highrise, the force was so high. Because of that force, the man hit the girl in too much speed that they got injured. And they did not survive from that injury.

Zhang’s aunt said, “the girls were on their way from the art class. Zhang’s brother had also died as a child when he was 10. She added that no one could have expected another death of a child like this. This is the second tragedy in their home”.

This incident takes us to a critical topic in China. The issue of mental health and suicidal are getting increase day by day. And it affects many people who were relatives of him/her.

The senseless deaths of two innocent schoolgirls due to the suicidal tendencies of another have given a reminder to China. People of China are now trying to raise awareness about suicide. The phone numbers of various suicide helplines have been making the rounds. Prevention of suicide, especially young man is an issue not to be ignored.