Home Tips 5 Tips for Understanding Area Codes in the US

Dialing a phone number and talking with some happened in an entirely different way a hundred years ago. You have probably seen this in movies, but there are call operators, usually women, who acted as a link between you and the person on the other side of the line. As you know, not everyone had access to a phone initially, but as this started the change, so did the telephone industry. In the following text, we will answer some of the most common questions people have.

The first area code system or nationwide numbering plan was developed and published by the Bell Telephone Company and AT&T in 1947. Initially, this system divided North America into 86 area plans, and each of these had a three-digit number with 0 in the middle. These were called area codes or NPA codes.

Nevertheless, there was a new problem – some states, due to their geography were given more than one area code. So, in order to further narrow it down, these provinces were given a new code. This one also included three digits, but the middle one was 1. For example, 518 and 212 were assigned for different parts of New York. When it comes to the first and third numbers, these were assigned according to the estimated population density and its expected development. The rule was that areas with the highest number of people were given the lowest digits. Why? Well, the whole point is to facilitate this entire “dialing process.” Back then, people used rotary phones, so it was faster to dial the low numbers. Following this principle, New York City was given the 212 code, while the surrounding areas got 914.

As this system continued to develop, not everyone was happy to accept it. The Bell Telephone Company anticipated this attitude, so they started to implement the changes slowly. They handed out pamphlets to people, explaining how everything is going to work down to the last detail, and provided them with more than enough time to adapt to these new occasions.

However, the Anti-Digit Dialing League was formed in San Francisco, a group that consisted of thousands of people, including some important people and politicians such as S.I. Hayakawa. One of their arguments was that it would be too difficult for people to remember the digits the Bell Company suggested. According to Hayakawa, “this number goes well beyond the average person’s ability to memorize.” They even went to court but eventually lost the case.

This is a question that we all have, without a doubt. There are several reasons for this. First of all, people don’t have to remember the first three digits. This is an area code assigned to each country. Going back to Hayakawa’s argument, physiologically speaking, people find it difficult to remember more than nine digits, especially when it comes to short-term memory. It is why today, the phone numbers in the USA consist of 10 digits (including the area code). Considering the fact that it is very easy nowadays to learn more information about the first three digits, you only have to remember the remaining seven.

Secondly, this code provides people with a sense of security. Every time your phone rings, you see the number, including the area code. It means that you can immediately understand who is calling you and whether you should pick up or not.

This leads us to our next point – telephone scams. Unfortunately, these are very popular nowadays simply because it has never been easier to find someone’s phone number. For example, one of the most popular ones is the so-called “The one ring scam.” How does it work? Well, the whole point is that the phone only rings once. When they see a missed called from an unknown caller, most people can resist the temptation of calling them back. However, there are those who can’t, so they end up returning the call. If you were to do this, you would be charged anywhere between $15 and $30 for the initial fee, as well as for every minute before you hang up. This is why there is a list of area codes that you should avoid at all costs. If you don’t know the number, it is better to let it go to voice mail or simply look it up online.

5. Will there be new area codes?

The answer to this question is very simple. Yes, new area codes will be implemented. Why? Well, because the collection of phone numbers people use on a daily basis is exponentially increasing. Right now, according to some estimates, there are almost 8,000,000 phone numbers within a single area. The North American Numbering Plan Association (NANPA) determines when new codes are necessary, and they are also the ones who get to determine and assigned them.

Now, this can be done in one of two ways. The first one is called a geographical split. Basically, currently, one region holds a single area code. If there is a need for the new one, the region is split into two or three parts. One of them gets to keep the existing area code, while others are assigned new ones. The main benefit of this is that people will still be able to understand where the call originates just by looking at these digits. On the other hand, it also means that a lot of people will have to change their numbers.

The second option is called the overlay. This way, current customers get to hold their area code while the new clients will be assigned the new one. The advantage of this is fairly obvious since people won’t have to make any changes. However, this is a significant downside. Yes, if this system gets implemented, you will have to dial the first three digits for local calls. Similarly, companies that opt for adding another line for their business will end up with two different codes. 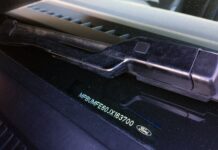