Home Entertainment Explanations Annihilation: What happened to Kane in The Shimmer? 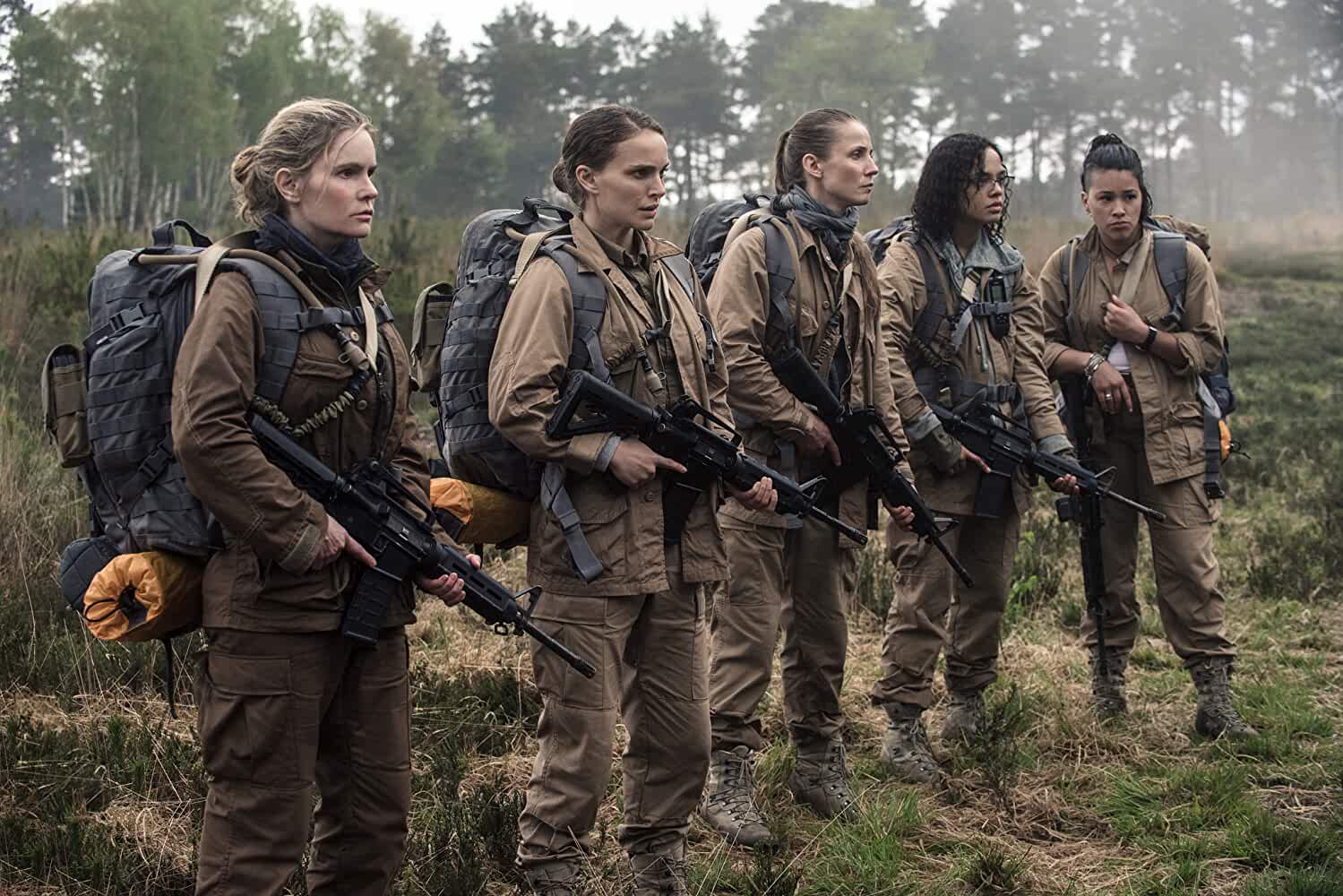 Some movies are a piece of art. These kinds of movies are open to interpretation. Their interpretation is different for everyone, as it’s subjective. Annihilation is one of them. Alex Garland uniquely presented his concepts.

In the end, while Lena and Kane hugged, their eye color changed. But why? Here we have the answer to this question. Continue reading to know more.

Lena is a biologist soldier. Her military husband, Kane, disappeared for a year while on a mission. One day he suddenly returns without any satisfying explanation. He is changed as he doesn’t remember anything about his mission and then starts coughing up blood.

Later, Lena discovers that he’s been inside “the Shimmer,” which is a membrane over a swampland that is expanding. Anyone who entered the Shimmer didn’t come back except Kane. So to help her husband, Lena decides to go into the Shimmer to know what is inside it.

She is accompanied by four other companions, Dr. Ventress, Josie, Anya, and Cass. As soon as she enters the Shimmer, the forest is florescent, peaceful, and beautiful. Later in the woods, a giant alligator with shark teeth attacked them. There they also find different species of plants from the same stem. They then discover that the Shimmer acts as a prism. Every DNA of every living thing refracts inside the Shimmer and then combines in new ways.

As the movie progresses, one by one, every character dies. A giant bear attacked Cass, an animal of screams killed Anya, plants grew on Josie’s body, and she disappeared, and Dr. Ventress was annihilated. The movie ends with Lena setting fire in the lighthouse, the origin of this strange phenomenon.

Why did the eye color of Lena and Kane change in the end?

When Lena reached the lighthouse, she found a video camera in which it was recorded that Kane died on his own with a phosphorus grenade. Kane, which is outside the Shimmer, is not the real one, but a look-alike species that originated from the Shimmer.

She also watched Dr. Ventress’ annihilation, i.e., she turned into some kind of energy, which eventually took a human form just like Lena. She discovers that this strange being was imitating her actions, and when she held its hands, she started to resemble just like her. She then kills it with a grenade. Later she meets Kane and hug each other, their eye color changes.

So, the movie was a personification of cancer. It showed how everything was normal on Earth, and then suddenly, after an extraterrestrial object hits the lighthouse, the Shimmer starts. Similarly, when a healthy person gets cancer, human cells start dividing and mutating.

Even though a person might defeat cancer and get well, but somewhere it is inside them forever. Similarly, Lena burnt down the whole lighthouse and her look-alike, but some part of it is still in her. So when we see their changing eye color, it indicates that it is still inside both of them.

Annihilation is a sci-fi horror movie that is a must-watch.