Home Tips Do Not Believe These Myths About Title IX

Title IX law protects students, teachers, and faculty members from discriminatory acts based on sex in every educational institution that receives federal funding. The law was passed decades ago, so you might think that people should now be well aware of what it is and is not.

However, you may be wrong. Even though the law was passed half a century ago, a significant percentage of the current generation does not have a good idea about it. Moreover, much misinformation about it has spread over the Internet, consumed by today’s kids and adults.

When someone gets involved in a Title IX case, they may first go on the Internet and read online articles about the law. Researching a charge is essential to determine the kind of problem you might be in, and the Internet is a good place to start your research. However, it has its disadvantages.

Anyone can post anything on the Internet, regardless of whether the information is legit. The person posting the wrong article would not be responsible for your mistakes in your Title IX. This is why, while reading about the law on the Internet is good, make sure you are not entirely relying on it to win the case.

This is why it is essential to debunk certain myths about the law. If you or your loved one has been charged with a Title IX issue or is accused of sexual misconduct on campus, you must seek legal help immediately. To gain more information click on the link http://studentdisciplinedefense.com/.

This is a completely false myth. The Title IX law protects any student, teacher, and other staff of an educational program that receives federal funding. This may include various schools and colleges teaching several courses, not just athletic ones.

Title IX does not only protect universities that focus on athletic programs. Additionally, it protects students admitted to every program in a University that receives federal funding. This is one of the most widespread misconceptions about Title IX, so beware.

Areas that fall within the scope of Title IX may include:

2. Title IX only applies to females.

It is no news that a significant percentage of Title IX cases involve female victims and that sex crimes mostly occur against girls and women. Compared with the number of male victims, the female victims are a big number.

However, this does not invalidate that men face sexual discrimination and harassment. Researchers have found that 1 in 6 men and boys face sexual harassment and assault at least once in their lifetime. Also, 1 out of 10 rape victims is male. Therefore, it would be unjust and unreasonable for the law to ignore the crimes happening against men.

Title IX does not only protect women but men as well. Males can also file their complaints and take action against the wrongdoer. The law was not written to protect only people from certain gender identities. It does not allow treating male cases any different than females.

Title IX was passed to provide discrimination-free education to everyone studying in Universities receiving federal funding. It protects every student’s right to education without sex discrimination.

3. Title IX does not protect advocates for victims who file complaints against discrimination. 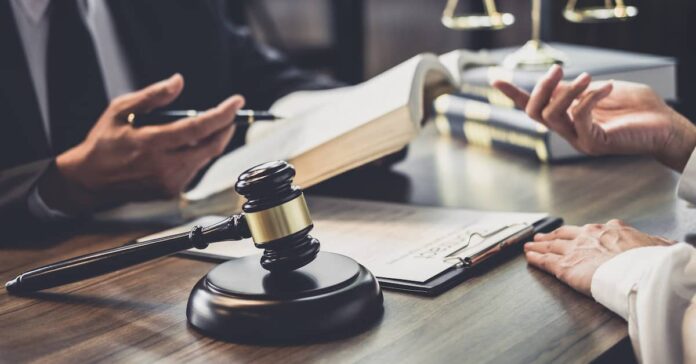 The law has broadened the interpretation of Title IX. It protects the primary victim and those who help them by taking action and filing a complaint. The law is well aware of the fact that the person reporting the complaint may face retaliation from their teacher, employer, etc. That is why they have a remedy for that as well.

If someone has information or evidence regarding a Title IX case, then they may come forward and report it to the law. They may also tell the law that they are at risk of receiving retaliation from a specific party or party. In return, the law protects the informer’s rights. It protects whistle-blowers from retaliation, so people are not afraid to help victims in need.

Every student deserves the right to a discrimination-free education. It is important that people feel encouraged to report a Title IX case rather than being scared of coming forward.

The court believes that speaking up about the wrongs is something everyone should feel confident about. If cases of retaliation occur, people would feel heavily discouraged. Therefore, unfairness against those who do speak up should never go unpunished.

4. Rape is usually violent and involves a stranger.

More than 80% of rape cases on a school or college campus involve someone the victim knows, not a stranger. People who already know you are aware of your whereabouts, and it is easier for them to trick you since you would usually feel safe with them. This is something a stranger cannot easily do.

Additionally, it is a misconception that rape is usually violent. When people think of rape, they visualize one or more men violently trying to violate a woman physically. However, this may not always be the case.

Some cases involve force, but some are committed when the victim is under the influence of alcohol. Since the victim is drunk or high, they may not fully realize what is happening to them and won’t fight back as much as they would in a sober state.

In fact, the common offenders of rape may shock you as they can be your closest friend and family member. They may include a former partner, friend, classmate, or a co-worker.

Is your child accused of rape or sexual harassment on campus?

Receiving a notice from your child’s school or university that says your child has allegedly sexually harassed or assaulted another person is never easy. You may have a thousand questions in your head and no one to turn to. The best thing to do in such a situation is to hire a Title IX defense attorney. Allowing a professional to take over the situation will make things less difficult for you.

Is It Really Necessary to Dress Your Dog in Clothes?