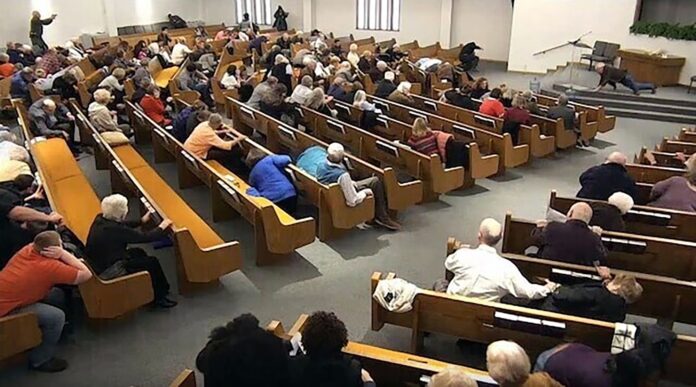 In another Texas Shooting, two people were fatally shot by a gunman.

The gunman was tackled down and killed by an armed member of the congregation.

The shooting happened at West Freeway Church of Christ in White Settlement, a suburb of Fort Worth, where the gunman stood up from a pew, pulled out a shotgun and began firing.

The motive for the shooting has not been established yet. 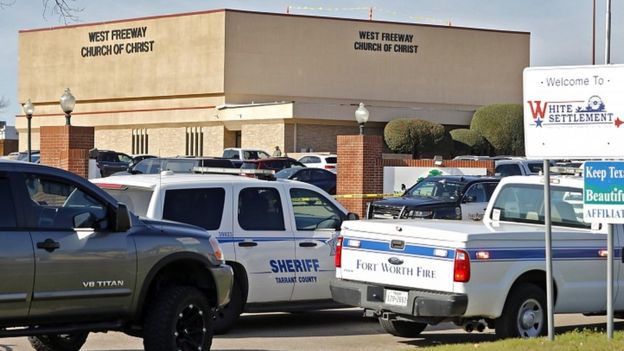 All of the witness and White Settlement police chief JP Bevering applauded “the heroic actions” of those confronted the attacker and saved many from getting shot.

The shooting took place during a morning service at church that was being live-streamed on social media on Sunday morning at around 11:50 (17:50 GMT).

It can be seen from the video footage that the gunman first stands up from a pew and speaks to a man nearby, who gestured at another parishioner. The gunman then opens fire at the man he was gestured towards. 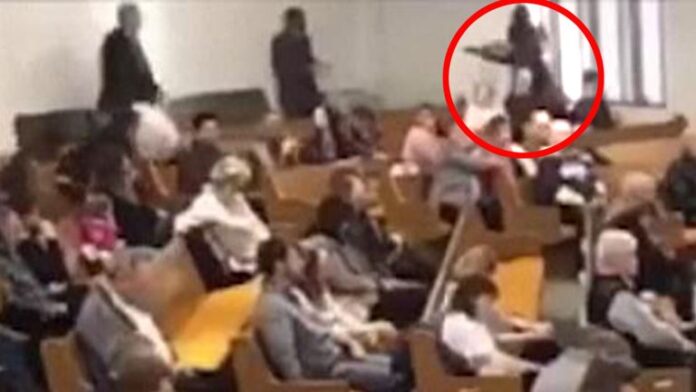 After that, the gunman fired again at the same man he spoke to before.

Another member of the congregation, who works a security guard returned fire with a handgun, immediately felling the attacker.

Several other parishioners also took out their handguns and aimed at the attacker.

However, it is not visible in the footage whether any of the other armed parishioners fired shots.

Unfortunately, the two churchgoers who were shot succumbed to their injuries later in the hospital.

The identity of the two victims has not yet been released by the officials.

Following the shooting, members of the congregation in the nearly full church ducked and hid behind the pew as the room got filled with terrifying screams.

Jack Cummings, a minister of the church reported the New York Times that the gunman had been “acting suspiciously” from the moment he arrived, and this drew the attention of the church’s security team.

The security team comprises of the volunteers from the church’s membership who are licensed to carry firearms.

“They saved a lot of lives today because this thing would have been a massacre otherwise,” Mr. Cummings said. 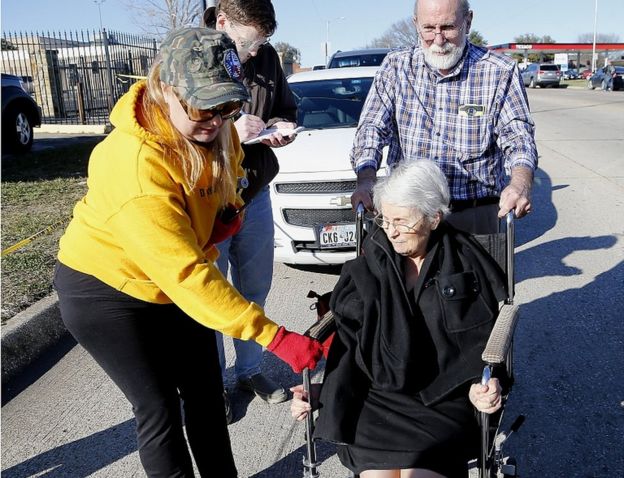 However, a member of the security team lost his life in the attack.

Church elder Mike Tinius told the newspaper he had known that victim for more than 20 years. “He was trying to do what he needed to do to protect the rest of us,” he said.

“Places of worship are meant to be sacred, and I am grateful for the church members who acted quickly to take down the shooter and help prevent further loss of life,” he said in a statement. 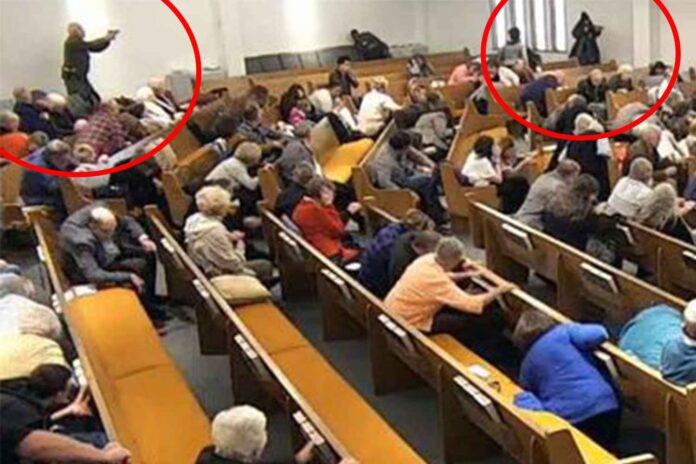 One of the eye-witnesses, Isabel Arreola told local broadcaster CBS DFW, “It was the scariest thing. You feel like your life is flashing before you. I was so worried about my little one.”

Following the various shooting events in Texas, a law was passed in September that allowed licensed handgun owners to carry weapons in places of worship.

Texas has seen many shooting massacres this year.

In August, 22 people were shot dead 24 others were severely injured at a Walmart store in El Paso.

The same month a gunman killed seven and wounded 20 at Odessa-Midland.

In 2017, during a Sunday service, 26 people were killed when a gunman opened fire at a Baptist church in Sutherland Springs, Texas.