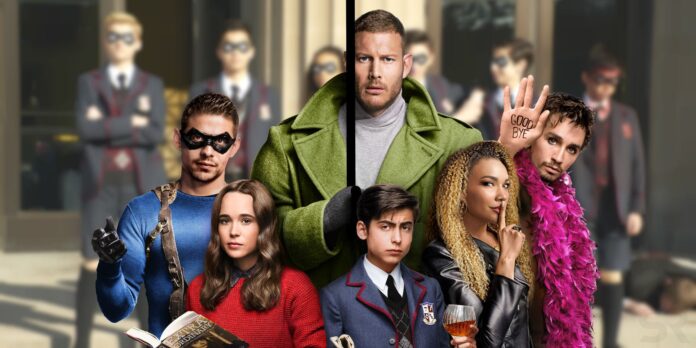 Netflix is all set to return with the Second Season of one of the best superhero stories ever. Yes, guys! The Umbrella Academy Season 2 is on its way to blow our minds!

The Umbrella Academy has brought us an entirely new kind of Superhero story.

With amazing response from its fans all over the world, Netflix has shown a green light to the second season of The Umbrella Academy.

The Umbrella Academy, for sure, generates plenty of online chatter for Netflix.

After the first season, it was pretty clear that the series showrunner Steve Blackman anticipated The Umbrella Academy season 2 all along.

The first season had a thrilling end leaving the story on a cliff-hanger, with the central Umbrella Academy kids heading off into the past to parts and times unknown.

Here’s everything you need to know about the upcoming season.

Fans all over the world are curiously waiting for the second season.

However, Netflix has yet not announced the official release date of the season.

Therefore we can expect the second season to air on Netflix near mid to end of 2022.

Naturally, the entire Hargreeves crew will be back.

Even though Reginald Hargreeves (Colm Feore), Pogo, and Cha-Cha (Mary J. Blige) are dead, we can expect anything to happen when time travel is involved.

Also, Hazel (Cameron Britton) and Agnes (Sheila McCarthy) are out there in time somewhere, waiting for their right time to come.

The Umbrella Academy Season 2: Plot, and what can we expect?

The first season ended with Aidan Gallagher using his time-traveling capabilities to save his siblings from being destroyed while the world and everyone living on it are blitzed to a pulp.

So in season two, we can expect meeting the Hargreeves kids once again in a brand new time and location.

As we know, Vanya caused the apocalypse, and she will continue to remain a threat until the kids can figure out how to help her.

However, the Netflix series will not be following the same pattern.

So we should not rely on Way and Bá’s source material to predict what will happen.

In ‘Apocalypse Suite,’ the kids manage to save the world from being destroyed, with ‘Dallas’ going on to focus on Aidan Gallagher’s and the assassination of JFK, which he has been ordered to carry out.

The synopsis for ‘Dallas’ read as follows: “The house they were raised in is destroyed. One member is bedridden, the side of her head held together with tape, and another has lost her voice, the source of her power… Does the Umbrella Academy have any future at all?”

Now, what happens and what’s under the table is for us to discover.