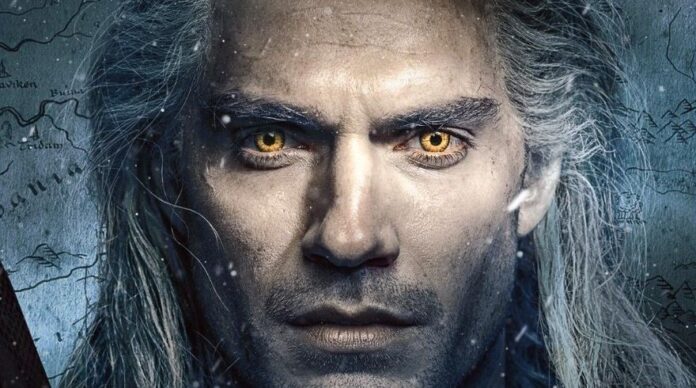 Based upon Polish writer Andrzej Sapowski’s novel series about Geralt of Rivia, the new Netflix fantasy drama ‘The Witcher’ is an eight-episode series. The Witcher means someone with supernatural powers.

The Witcher is all set to release on Friday 20th December at 8 am in the UK, and will simultaneously be available globally for all the international Netflix subscribers.

However, a now-deleted tweet from the Netflix Netherlands account suggested initially that the show would be released on Tuesday 17th December.

He wrote in his post, “Season one of The Witcher has finally come to an end,” and further added, “The cast and crew worked tirelessly throughout, everyone pitched in and brought their A-game to set, and I couldn’t be more proud of you all.”

He also added that he had to wake up at 3 am to get transformed into Geralt by his hair and makeup team, marking his dedication for the art.

The Witcher: Cast and Crew

Daredevil writer Lauren Schmidt Hissrich will run the show. She has managed to pull in several heavy-hitting directors, including Alik Sakharov (Game of Thrones) and Charlotte Brandstrom (Outlander).

The fans were desperately looking for a show to fill the Westeros-sized hole in their TV-viewing lives. And even before the commencement of the show, the inevitable “new Game of Thrones” chatter has begun for the series.

Henry Cavill will be playing the lead role of character Geralt of Rivia.

Freya Allan, the fame of The War of the Worlds, will be joining Cavill and will play Ciri, princess of Cintra.

Jodhi May (Game of Thrones) will be seen playing the role of Queen Calanthe, and Adam Levy (Knightfall, Snatch), as druid Mousesack.

The Witcher: SPOILERS, plot, and what can we expect?

When asked about the plot to Netflix, they said, “The Witcher, Geralt, a mutated monster hunter, struggles to find his place in a world where people often prove more wicked than beasts,” which doesn’t give away much.

However, an official synopsis revealed by executive producers Sean Daniel and Jason Brown tells us a little more about the show, indicating that the show follows an unconventional family that “comes together to fight for truth in a dangerous world.”

The show will be an adaptation of one of Sapkowski’s books, which Hissrich says will explore events before the game trilogy.

What Hissrich revealed draws us more towards the book, and the relationship between Geralt, Ciri, and Yennefer will likely be a main through the line. “If you take all the other fantasy elements away, you take the magic and story and violence and intercourse away, you still have three characters who are this broken, disjointed family who needs each other even though they don’t want to admit it.”

This, in turn, means that we’ll see both the good and bad sides of characters like Regis, who, as a vampire, is a monster in his way.

The series episodes are named given below, along with the poem made from them follows.

A monster slain, a butcher named

We look at a sorceress’s earlier days

A picky eater, a family, shamed

The Law of Surprise is how one repays

A fateful meeting, a bard, is maimed

The hunt for a dragon is underway

A return to before a kingdom is flamed

The Witcher Family as you all like to say